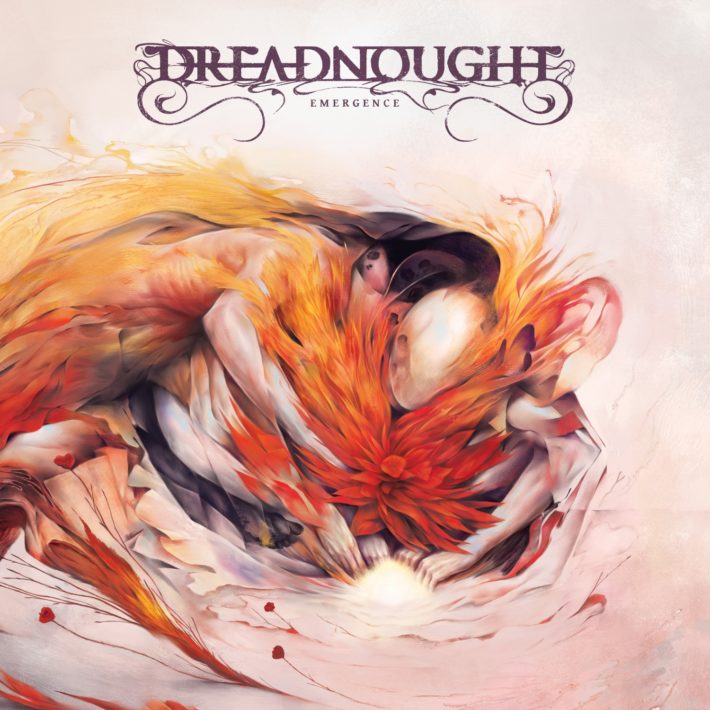 Dreadnought has been one of those bands that I’ve always been fascinated by, but have never given their music the time it deserves.  Hailing from Denver, Colorado and featuring an unusual myriad of instruments including a saxophone, flute, and mandolin, this quartet’s fourth release offers some promising results.

In preparation for this review, I did peruse their previous album A Wake In Sacred Waves and I immediately noticed the difference in song lengths.  That album kicked off with a nearly twenty minute-long song and the subsequent three all eclipsed ten minutes.  Emergence, however, opens with “Besieged,” a mere seven minute fairly upbeat (at least for doom) track, and followed by the unusually short “Still.”  The first song over ten minutes doesn’t come until track three, and even then nothing surpasses fifteen minutes.  While prog and doom fans are no strangers to lengthy songs, this more conservative approach gives the album a much more focused sound.  As a listener, I feel that every note, melodic wandering, ambient drone, is placed precisely where it should be.

The atmosphere on this record is equally gorgeous as it is gloomy.  The transition track “Still” is perhaps the epitome of this.  While it’s more an ambient track, it doesn’t feel out of place with the album.  Kelly Schillings give the album a beautiful, yet eerie feel, with the contrast between the harsh and clean vocals offering both refuge and discomfort.

While all the musicians on this record perform incredibly well, my hat goes off to drummer Jordan Clancy.  Not only does Clancy play the saxophone on this record, his drum parts give this album life.  They remind me of Katatonia’s current drummer, Daniel Moilanen, where the drums are interesting complex to those who pay attention to it, yet not so flashy that it takes away from the overall atmosphere of the song.  Each fill is precise and clean, every rhythm and groove continues to push the song forward.  Never once on this record does it ever feel that Clancy phoned it in; instead he delivers a performance that carry this album to even farther heights.

There really isn’t anything wrong with this record.  It is an incredible mix of prog and doom, blended so well that it’s impossible to imagine one without the other.  The album artwork captures the essence of the music; a twisted reality underlined with elegance and beauty.  I only wish there was a lyric sheet to go with this so that I might study the lyrics more closely (seriously, please include lyrics with review packages.  I would love to dissect that element as well).

This is a beautiful journey from beginning to end.  Balancing mature musicianship with enlightened emotion makes this an amazingly well-made album.  A much more focused approach than their previous effort (that one was also great).  This is a band every prog and doom fan needs on their radar, if they’re not there already.  This album is proof of that, and it can only get better from here.