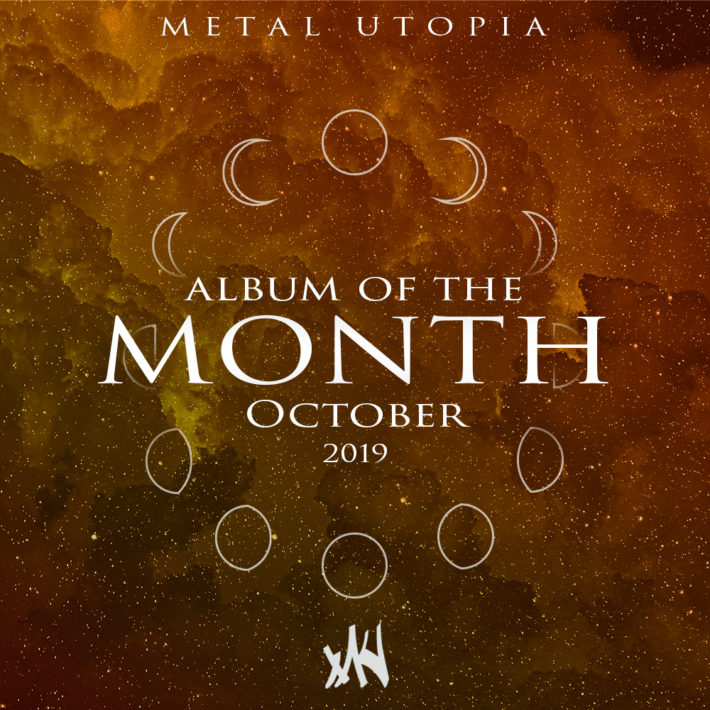 Throughout this decade one can chart multiple instances of bands capturing the dirty and gritty production and musical style of the 90’s. It’s a great idea, but most have terrible execution. Then Vacivus comes around and drops a substantial record that does everything right with a “throwback album”; pay your dues to the gods of metal in the 90’s, but just like Zeus did with Cronos, make them irrelevant with modern musicianship and production. This is a must listen-to for any fans of old-school death metal, and for fans of brutality in general.

So Norma Jean have done it again and released a record that is just so captivating and mental in every which way. These guys have some miles on them, but they certainly are still going as strong (maybe even moreso) as they were on their first records, that much is clear on All Hail. This is metalcore done right.

This experimental, avant-garde black metal band definitely deserves the label ‘avant-garde’. Instead of guitars, they play on dulcimer and harmonium and they sing about the deforestation of the American redwood forests. Definitely worth checking out if you want to hear something unique!

It’s a big departure from their previous sound. It is more of a rock album that manages to retain and highlight the melancholy sound that Leprous is known for.

Not usually a big fan of mayhem, but their newest album captures a dark atmosphere while featuring impressive songwriting. The band’s age only shows in their musical maturity, the record maintains energy from the beginning to the end.

All Hail is the hardest hitting album that Norma Jean has released in a decade. It’s hard to image a world in which metalcore fans don’t eagerly devour this album and come back for second helpings.

Expectations were high and at the first few listens I was slightly disappointed. It was nothing groundbreakingly new, but it still had all the things that make Insomnium one of the best when it comes to melodic, melancholic music. The album grew on me with every listen and now it’s my fav of the month.

Trying to follow up and album like Winter’s Gate is no easy feat. Yet Insomnium continue to impress with their brand of melodic death metal.

The Death Metal/Grindcore veterans literally cut right to the chase with this album. It’s gore at its finest, with riffs that rip right through you like a chainsaw through skin.

BaN manage to reinvent themselves yet again. Not only that but they’ve released a thoroughly fresh psychedelic black metal record that I’m sure will end up on many, if not most, AOTY lists.

One might be mistaken upon first listen in thinking this album is a reissue of one of Dawn Ray’d’s previous demo’s; its raw sound and power is a far cry from their previous releases, but that by no means diminishes how great it is. This is an angry album that leaves no room for interpretation the bands radical politics. Make no mistake, the black and red tide is alive and growing in the metal scene.

Heart Like a Grave is a tremendous entry in the MeloDeath canon; it’s beautiful and epic, but with enough energy to keep from dragging or trudging at any point. It may be Insomnium’s best album yet.

Coffin Rot deliver buzzing guitar driven Death Metal with guttural vocals, and brutal pounding on their first full-length. This one has been getting replayed frequently, and I don’t think that will stop.