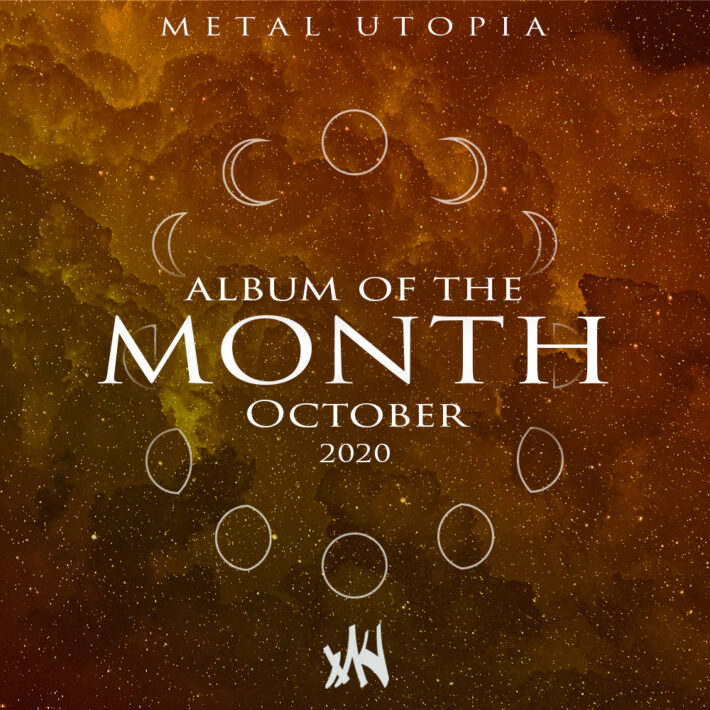 With their eleventh full-length in just 20 years, the duo from Birmingham, England have delivered yet another masterpiece! The auditary assault has a perfect balance between melodic riffs, pounding drums and social criticism. This is definitely a contender for the AOTY!

The black metal legends have made some great albums over the years, and Utgard lands among their finest. They increased their focus and tightened their songs up compared to their last few efforts, while maintaining a prog outlook on their music.

It’s not often that a band with this amount of hype actually lives up to expectations, but after a string of great demos, Lamp of Murmuur release a debut full length that can hold up to some of the best black metal albums ever made. Heir of Ecliptic Romanticism is disgusting and scary in all the best ways and is full of songs that grab attention and don’t let go. This will be high on my list of favorites of the year.

Big step-up from an already great atmospheric black metal record that was World’s Blood. Lots more well implemented elements of folk, psychedelia and post-metal. I’ve spun this one a dozen times already and I’ll do it many more times.

A scorcher from beginning to end, ruthless and merciless blackened speed. It’s speed and liveliness smack of Motörhead while maintaining a mid 1980’s metal darkness. This album has enough energy to easily fuel a swirling pit for its entirety.

More refined than your garden-variety melodeath, “Seven” is polished and violent at the same time, thanks to a great synergy between the riffs and the orchestrations throughout the whole album; such abundance could easily feel like an overkill, but Mors Principium Est are masters of their trade and they deliver an album without a single note out of place, proving yet again that they deserve a spot next to more celebrated Finnish bands.

Wayfarer’s new album A Romance with Violence mixes atmospheric black metal with tales of the Western frontier. I enjoy watching traditional and Spaghetti Western movies, and I was also an avid reader of Louis L’Amour novels growing up. Needless to say, I was curious to see how the album would pan out. Wayfarer more than exceeded my expectations. A Romance with Violence is expansive, morose, and poignant. The gunsmoke lingers long after the final notes fade into dust. Don’t let this superb album pass you by — it’s everything 2020 needed and more.

Lots of great records this month. My favorite is Draconian’s Under a Godless Veil. Everything you want from a Draconian record. One of the best growls in the scene paired with Heike’s beautiful voice. Really digging the first half, I’ve got to listen to the second one a couple more times to get to a final conclusion.