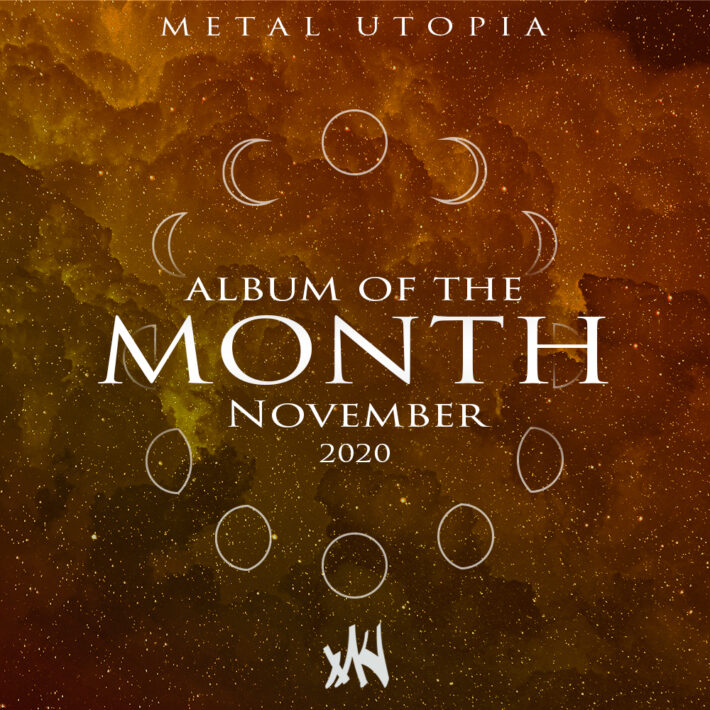 And here are our favorite albums of November:

About three years after releasing Berdreyminn, Sólstafir have released yet another beautifully enchanting record. They perfectly balance their original post-metal passages with the more subtle sound of their newer records, giving you a lovely listening experience.

The pressure to follow up an album like “The Armor of Ire” is usually insurmountable, but Eternal Champion have managed a top-notch release. Heavy, epic, and produced with charm, this album captures all that is good with their chosen subgenre while casting out what wouldn’t work.

A long-awaited album which was preceded by bad news and immediately reassured us, Moment is yet another exquisite piece of the great composition that is the band’s discography. Standing on a razor’s edge between the nostalgic and the tumultuous, this release gets better every time one returns to relive the emotional experiences it offers.

This is the traditional metal revival proving it aint just for show, dabbling in retro fetishism. This is genuine rock music excellency. Every song is a hit with melodies and hooks that’ll just randomly pop into your head years from now.

Great black metal with great riffs and easily one of the best albums to come out this year. Funérailles de feu is an immense step up from the bands debut in both production and songwriting. This is an album that I’m hoping doesn’t go overlooked as its better than most of the black metal thats making waves these days.

The black metal band Tombs returns with another stellar album in Under Sullen Skies. The overall atmosphere, song writing, and nods to several other genres helps to cement Tombs’ offering as a highlight this month. It also seems that considerable time and effort went into the lyrics for the record. In addition to being written intelligently, the lyrics are dark, bleak, and a perfect fit for the hellish onslaught that is released on Under Sullen Skies.