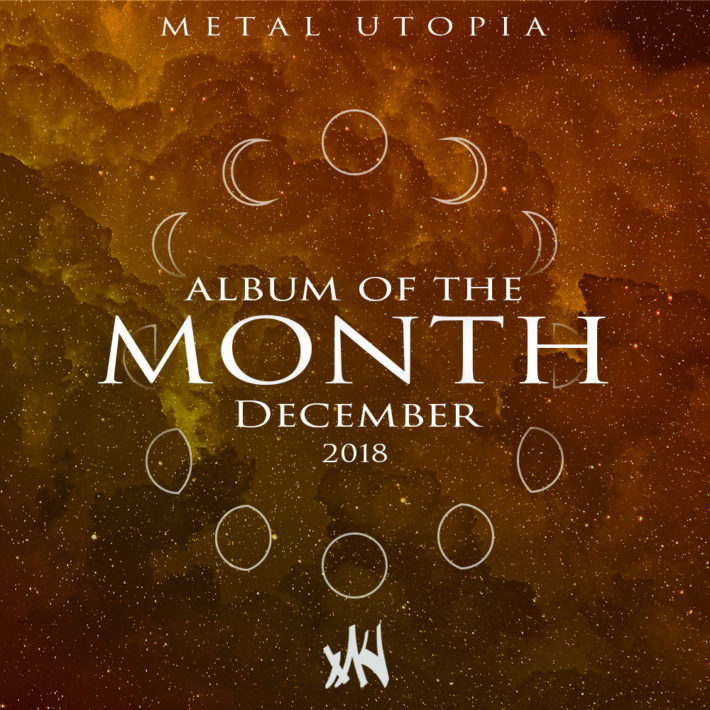 Every month we collect our favorite albums of the month. Here are our favorites of December:

Hyper-aggressive blackened punk coming out of NC. If you love maniacal drumming and speedy riffs, this delivers. Nothing special when it comes to the lyrical content, but it is pretty damn catchy.

I went into this album with a casual ear and was not prepared to be sucked into the Lovercraft horror-world this band has created. If it didn’t come out so late in the year, it would have made my top of 2018 list. This is one I will be revisting many times.

A good atmospheric black metal album that really expresses the beauty as well as the cold and harshness of winter. The perfect soundtrack for the December weather!

An album with the trademark Sithu Aye sound that manages to be more melodic and upbeat than previous efforts.

Challenging dissonant death metal accurately described by the creator as “a bunch of instruments in a car going over a cliff.” Great release for fans of weird death metal.

The perfect example of what a lovecraftian metal album should be.

It’s the only doom metal album that came close to the tragic vibe I got from Collapse of Light. Made up of members of Eye of Solitude, Bereft of Light, and Descend into Despair, it has a very strong sense of melody and there are stellar vocals throughout. Plus the overall poetic nature of the lyricsm, which centers around various existential topics like God, death, and love make it a funeral doom album which stands a notch above the rest of the funeral doom records put out this year.

Another phenomenal release that’s greeted my ears this month is Chained to the Bottom of the Ocean’s I Carry My Awareness of Defeat like a Banner of Victory EP. It’s pissed off southern sludge in the vein of early Thou and the band shows great promise from the first note of the record. Highly recommend.

Greek death metal outfit Cerebrum soars into another dimension with their third full-length album Iridium.  Blast beats, lightning riffs, and even a bit of Latin influence all come together to create a staggering monolith of technical death metal.  Recommended for fans of Suffocation and Dying Fetus.

An atmospheric, dreamy black metal album that makes you feel like you’re moving through a sunken city.