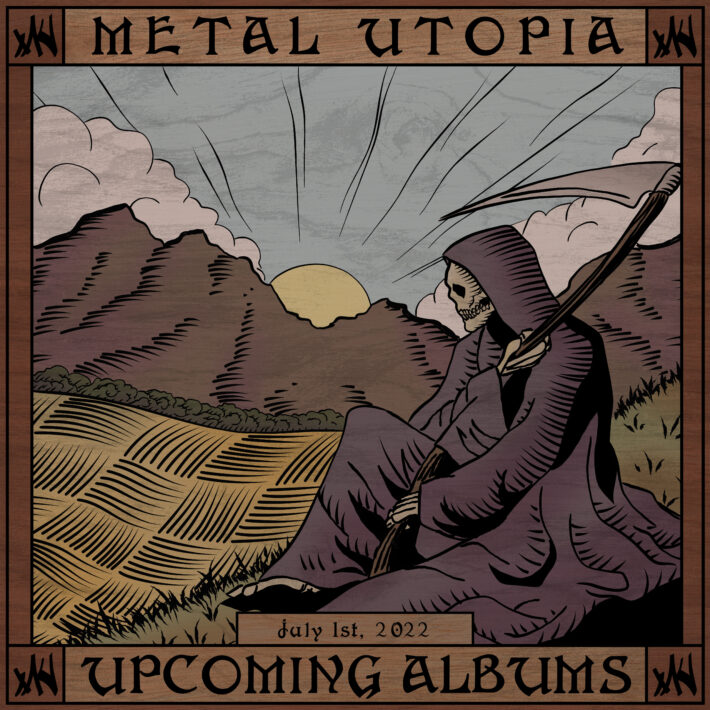 Jared is looking forward to Ironhawk’s Ritual of the Warpath, Parham Gharavaisi’s Prodigy, Conjurer’s Páthos, and In Slumber’s While We Sleep:

Some heavy-speed-punk out of Tasmania, with a killer black-and-white cover. Dying Victims Productions has a knack for putting out some of the best underground speed metal out there.


Iranian solo-artist Parham Gharavaisi is releasing his seventh full length in the last two years, and from what I’ve heard of the singles, it’s probably going to be hilarious.


Some heavy sludgy post-metal out of the UK. These guys have established themselves in the post-metal world and I’m curious about what they’re bringing to the table.


Some German melodeath that feels like a darker take on early In Flames. Curious about this one.


Municipal Waste is truly a band that doesn’t need much explanation at all – it’s party hard crossover thrash. Brainless fun. They don’t switch up their formula much so you know what to expect.


An awesome one-woman black metal project, chasing that new style of dungeon-synthy raw black metal and doing it better than many. Lots of folk and medieval influences. Strong recommendation.