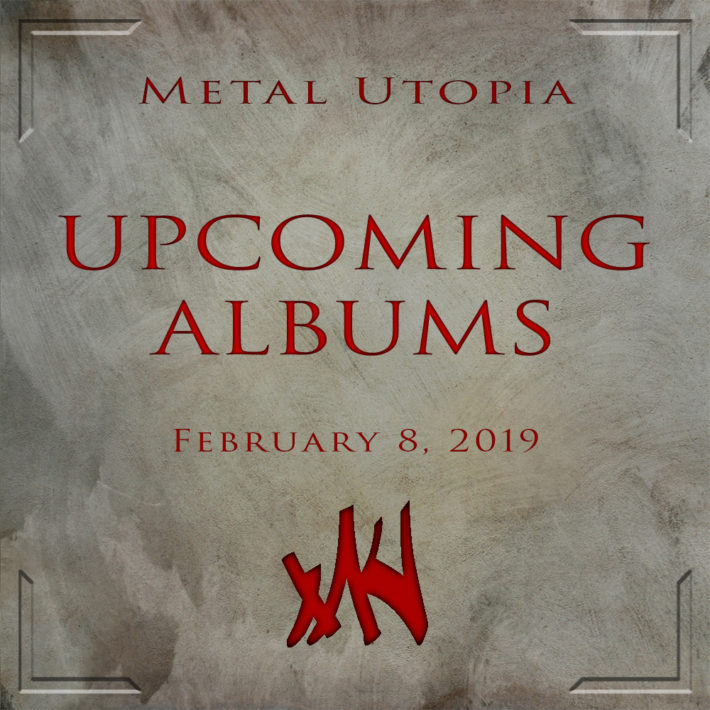 Occult inspired doom from Vancouver, BC. This is the sixth installment in a series of albums that are part of an over-arching narrative that started with Vol. 1 in 2015. The single released so far – Seven Stars, Seven Stones, gives me high hopes for this release.


Ethan is looking forward to Night Hag’s Insemination Rites of the Succubus:

Vicious old school death/doom EP with an intriguing preview track. Grotesque and yet colorful artwork, and the promise of a Mortician cover has me interested.


Hannes is looking forward to Deserted Fear’s Drowned by Humanity:

Definitely one of the best melodic death metal bands out there at the moment. The singles are awesome and seem to promise a great album. Can’t wait.

Progressive metal with an oriental/Egyptian twist. Shokran hail from Russia and are not afraid to experiment with the progressive metal/djent genre by making their music sound completely unique compared to other bands in the same genre. The first single from this album was questionable, but still color me hyped regardless!


Leon is looking forward to Downfall of Gaia’s Ethic of Radical Finitude, and Tribe of Pazuzu’s Heretical Uprising:

Early practitioners of neocrust that have come to realize how well the style blends with black metal. Getting better with each album, their fifth is surely gonna be a treat for all lovers of blackened hardcore.


Former and current members of Pestilence, Incantation and Cryptopsy, and it sounds exactly like you’d expect. A bit more streamlined approach to death metal than you’d find in the members’ original bands, but still worth a headbang or two.

It’s always nice to see some of my fellow countrymen releasing black metal! Meslamtaea is a project from Asgrauw members Floris Velthuis and Kaos. The lyrics are in Dutch, something that makes the band stand out between other black metal bands. Their new album Niets en Niemendal is released on February 4th, and it’s definitely worth checking out!


Spenser is looking forward to Beast In Black’s From Hell With Love:

I’ve been a sucker for these guys since their first album a couple years ago. Looking forward to great hooks and catchier choruses.