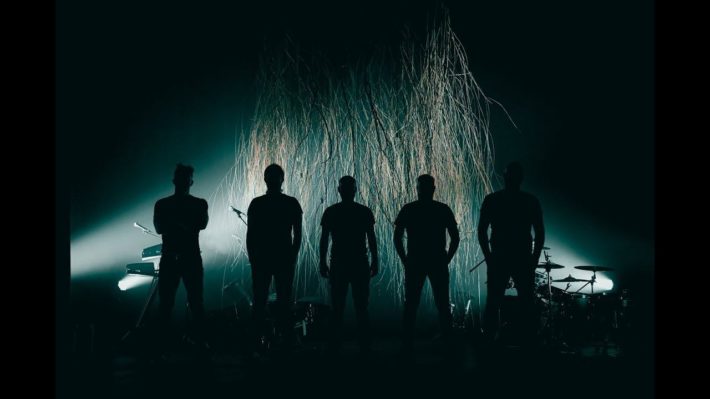 Belgian quintet Thurisaz is back, after five years, with its fifth album “Re-Incentive”. To celebrate this new release, I had a chat with the band.

Hello, this Rick! Who am I talking to? What’s your role in the band?

Hello, Rick! This is Peter [Theuwen] talking, vocalist and guitar-player of the band Thurisaz.

For “Re-Incentive” you collaborated with seven different artists, each tasked with making a visual representation of a song from the new record. How much value do you place on the album cover, both as a music fan and as a someone who makes music? Did you gave “blank paper” to the illustrators or did you already have some ideas to begin with?

With the years our interest in delivering a total concept, in both the audial as the visual side, has only grown. Especially with the Spotify/iTunes area that we are in, the visual side of an album has partially gone to the background. The cover of an album, if done right, creates an important atmosphere to start listening in the first place. It gets you, even without you realising it, in a certain mood and thus contributes to the music itself.

For this album, we asked seven artists to reproduce a song into a visual work. The artists were completely left free in this process, which is a very important aspect to me. In the 23 years that we have been around, I take pride that we never had to compromise in anything we made. I’m confident that’s an important part in creating our own sound throughout the years. So logically, we offered the same to the artists. The results were quite surprising sometimes, but ever so interesting.

This album is a “concept-like album covering the darkness one feels when dealing with the feelings of depression and heartbreak”, inspired by the personal stories of band members and friends; while recording an album so personal, how was the atmosphere in the studio?
You always took your time while writing and recording albums and you said that this time at one point you all had to scrap what you had written and start again – was it hard to do so?

During the last years, some of the us had really rough times on a personal level. Depression, burnouts and losses in our families and friends circles…
It all made it really hard to focus on writing songs, but in the end it actually gave us the inspiration and drive to create something with even more feeling than we had done before.

When we had some basic ideas and started rehearsing again, we soon felt that creating new songs together was getting too difficult. That’s something we already had during the making of the previous albums, but never on this level. We had many arguments on where we wanted the songs to go to, which resulted in a lot of frustration. We then decided that the guitar players and keyboard player would work individually first on their songs at home and only share it with the others when the songbase was ready for 80%. Then all musicians got the chance to add their own parts and vocals at home, while following the songbase made earlier. It made things a lot easier and the freedom for all musicians made it possible to dive even deeper into the songs.

So by the time we went to the studio to record we were ready, which actually resulted in a better atmosphere than ever before. Recording and mixing in the studio is always a long and sometimes hard process, but this time we went through it quite fluently.

What do you strive to inspire in your listeners when they’ll hear
“Re-Incentive”?

The themes in the lyrics are not only about us, but about everyday life. A lot of people are struggling in life and are fighting their own personal wars. If our music can somehow comfort and strengthen people, that would a big thing for us. From time to time we get emails to thank us because a song of Thurisaz helped them through a rough period. That really means the world to us, it’s one of the most beautiful compliments we can get.

During quarantine you put out two “Lockdown sessions”, recorded separately in your homes. How did you come up with such idea? Was it the different recording environment that lead you to this kind of more experimental, and less Thurisaz-like, music?

The quarantine started when we just finished mixing the new album.
Normally we start rehearsing our asses off then, but this time rehearsing in a conventional way wasn’t possible. But we do felt the urge to create something together and that became the lockdown sessions. It was a chance for us to discover new ways of creating music and was fun to do for a while. But we’re very happy though that we can rehearse the new album again. Let’s hope we can bring it live soon enough.

You’ve been around for more than 20 years now; how much do you feel has the music world changed? For better or worse?

I have a negative feeling about the evolution of the main music industry. I miss the rock ‘n’ roll attitude of nowadays music. It all feels like the same thing over and over again. It’s become salability above creativity. But luckily there is still so much great music to discover though, thanks to Spotify, iTunes etc. And luckily there are still smaller labels that are giving the much needed and deserved support for those bands.

Thanks a lot to Peter and all the other musicians from Thurisaz for this great Q&A! Follow the band on its Facebook, Instagram and Twitter pages, or visit the official website. Re-Incentive was released on September 1st and can be found on Bandcamp.