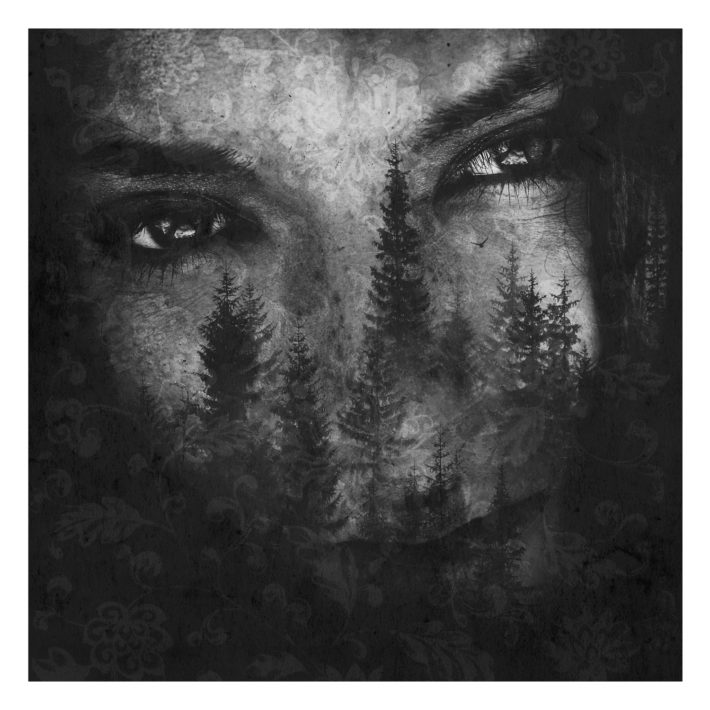 As we all know, every person that listens to metal tends to look for something else in the music they listen to. One might look for some thrash metal or grindcore to put on during their workout, while other people might enjoy some prog metal to be amazed by the intriguing rhythms and modulations in the music, and yet other people might look for something more atmospheric and consistent in terms of rhythm so as to relax more easily. If you identify with the last group of people, you will want to check out Lustre’s music. Lustre is a Swedish one man project, founded in 2008. The man behind the project, known by his pseudonym Nachtzeit, has been consistently releasing material over the years, from EP’s and splits to full-length albums. On April 24th, he’ll release his seventh full-length, called The Ashes of Light. The music is a combination of atmospheric black metal, with clear influences of second-wave Norwegian black metal bands like Burzum and Darkthrone, and ambient, even tending to dungeon syto dungeon synth. Lustre, however, seems to put more emphasis on the ambient aspects of the music than his Norwegian inspiration, having thus created a sound of his own.

What immediately grabbed my attention upon putting on The Ashes of Light, is the distinguished bright synth tone that gives the album a kind of magical feeling to it. Whereas the guitar and the vocals have a harsher, bleaker vibe, the synths create a more pleasant side to the music. One of the stronger points of the record is how well Nachtzeit balances these contrasting aspects, inducing both a cold, as well as an endearing feeling for the listener. However, this optimistic feeling isn’t just created by the synth tone, it’s also in the music itself. Instead of creating a completely dreary sound, using minor scales and dissonance, Nachtzeit actually uses quite some major chord progressions in his music: the majority of the songs are still in a minor key, but the major chords that are played over this somber foundation give the music a spark of hope. As Nachtzeit states on his Bandcamp page, he invites the listener to “escape [their] daily woes and the modern noise by stepping into the grand, ethereal halls of Lustre.” And that analogy really hits the mark, for it’s easy to drift off into the calmly flowing melodies and chord progressions, guided by the steady drum beat, and sometimes greeted by the echoing screams that give off a feeling of melancholy and nostalgia.

One thing that some people might not like, however, is how repetitive the record is. While the lack of variety makes it easier to get caught up in the music and go with the flow, it can also be a bit tedious at times. Of course, the Nachtzeit made it like this for his own reasons, but overall, the record could lose about ten minutes and still would not suffer much.

Overall, The Ashes of Light is a fine record, that’s especially fitting for people who want to find some relaxation in their music. The music allows you to drift off, away from the worries of everyday life, and into a kind of melancholic, yet optimistic trance. There are influences from the Norwegian black metal scene, but the focus lays more on the atmospheric part of the music, which, especially in combination with the bright synths, give the music a more pleasant and relaxing vibe. After putting it on a few times, there isn’t too much left to discover, but if you’re looking for something to put on in the background, this album is definitely worth a spin.