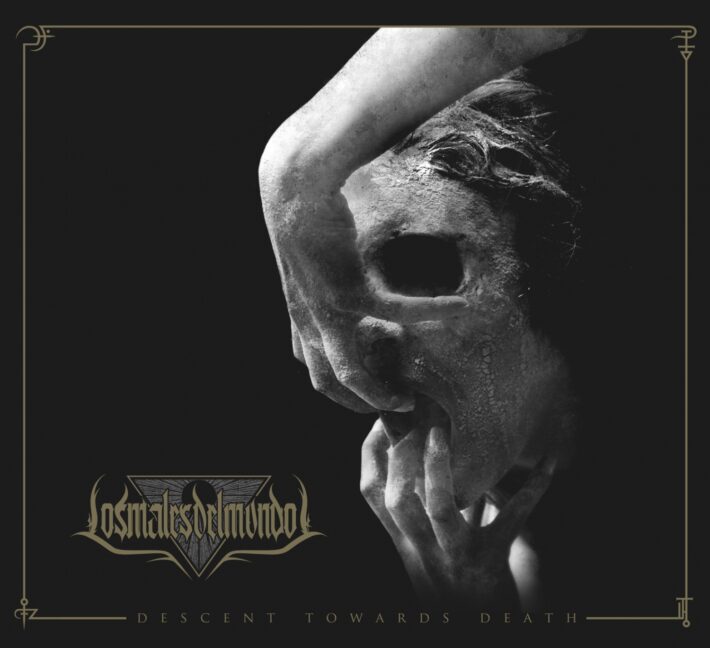 We all know that art is subjective. So much of what you hear depends on what you bring to the listening experience. Some bands are able to wrest the song out of the listeners mind, creating an experience that is uniquely their own with no compromise. Some are able to create music that bends like a field of wheat in wind, providing either pleasant background noises or equally enjoyable artistic endeavors. Some bands can do neither, and fall to the whims of the stranger.

Descent Towards Death is the first full album from Argentinean black metallers Los Males Del Mundo. They play a brand of melodic black metal that feels subdued and borderline atmospheric at times. They claim that their music “reflects an internal battle” through the contrast of the more energetic, melodic moments, and the quieter atmospheric moments. I think there are several other internal battles that their music reflects. There have been many, many excellent black metal albums released in the past year, and Descent Towards Death will have to do something memorable to take its place among them. They fall on the cusp of succeeding.

Five tracks span the length of Descent Towards Death, two of which last over ten minutes. If this album speaks to you, you say that this gives the tracks room to breathe. Some of the ideas that Los Males Del Mundo put forth wouldn’t have worked in shorter songs, and by spending the they did on the rather lengthy opening and closing tracks, then the album would have felt less like a “conceptual journey” and more like a bunch of songs stuck together that don’t point anywhere. And you may be right. However, I don’t feel that Descent Towards Death always justifies its length. Although the band needed space to get their point across, they don’t really do enough with that space and end up in a somewhat awkward spot where it doesn’t feel like the songs would make sense if they were shortened, but it also doesn’t feel like the band made full use of the time they had.

If this album speaks to you, you point to the cohesiveness of the sound. You notice that the riffs on each track draw something from each other, and contain similarities that tie the album together as one concept. Despite the similarities, the riffs maintain their uniqueness. This feels less like the same song five times and more like a flavor that the band was going for. However, you could also say that this reveals a dearth of ideas. That Los Males Del Mundo have some songwriting crutches that their music falls into and that prevent the album from fulfilling its potential. I come down in the middle of this one, I like the lines of continuity between all five songs, but some more ideas would have made the album more engaging.

If this album does not speak to you, you could say that this album ultimately fails to meet its goals. That despite its strengths and polish, nothing stands out to separate it from the masses in a genre that is bursting at the seams from excellence. That in a few years, no one will remember this in the same way they will remember, say, Havukruunu or Enslaved. And, well, you’re probably right. But if excellence isn’t the bar, you can see this more as I do: as a promising first step. As an album that, while not great, gave me a level of consistent enjoyment that can be hard to come by.

Descent Towards Death is more likely to be a passing good memory than to blow your socks off, but a good memory it will be. Los Males Del Mundo don’t become the highlight of their genre here. There wasn’t a lot to hate, though, and the interplay of the heavier and lighter moments sounded quite nice. If you enjoy black metal, you shouldn’t feel any conflict in checking out Descent Towards Death.