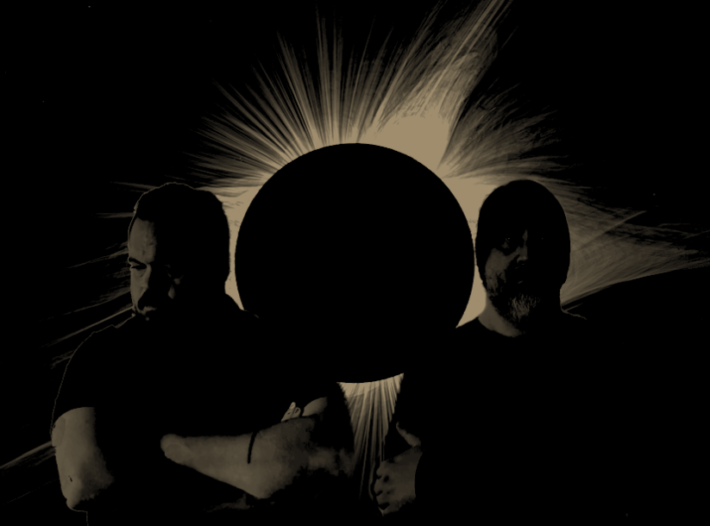 Hailing from the illustrious Gothenburg, Sweden, Lightlorn is a cosmic black metal duo who has just released its debut EP. Taking the word cosmic to a whole new level, this band’s music speak of depthless isolation and the longing for the reassurance of another human being. I had a chat with half the duo about this extraordinary release: These Nameless Worlds.

Hi, this is Rick! With whom am I talking to?

I’m Renwar, and I’m the songwriter and lyricist in Lightlorn. I’m also responsible for the vocals and all the instruments, except the drums.

This is your first album, as the band first saw the light in 2021; can you tell me a bit about the history of the band so far? What brought you to this point, and to the themes and sounds of this album?

Lightlorn was officially formed in 2021, but it has its roots in another band. Just after the pandemic broke out, a friend suggested we form a band, mainly for fun as a hobby. I hadn’t really played guitar in about 10 years, so I was extremely rusty. I was listening to a lot of post-black metal, blackgaze and atmospheric black metal at the time, bands like Wolves in the Throne Room, Deafheaven, Harakiri for the Sky, etc., so those styles influenced us the most.

We rehearsed and recorded a couple of songs, but because most of the members were parents to small children, we found it difficult to make the time for regular rehearsals. After about a year and a half, we decided to disband, but since I had written a bunch of songs, I decided to continue on my own. After I had recorded all the songs, I asked Riaan [Coertze] to help me with the drums. I was initially unsure about the precise sound I wanted, but fortunately Riaan knows a sound engineer who did a great job.

Loneliness and isolation where two feeling many of us experienced during lockdowns; in other interviews you said that these occasions were inspirations for the album too. What I want to ask you is, what prompted the “poetic translation” to the metaphor of a night sky? Why did you connect this juxtaposition of the isolation in one’s little home, to the unfathomable isolation of being alone in the void?

Well, astronomy is my first love, even before music. Ever since I can remember I’ve been fascinated with the cosmos; I think that the question of whether we are alone in this seemingly infinite universe is one of the last great unanswered mysteries.

When the pandemic began, and countries went into lockdown, people were forced to isolate and quarantine themselves from their loved ones, jobs, and ordinary lives; they were essentially forced into solitude. Humans are social creatures, and most people don’t like being alone, but for me there wasn’t much difference since I work from home and enjoy my solitude.

But I found it really interesting to see how people reacted to being alone, and it made me think of our shared solitude here on Earth amidst the emptiness of space. I drew parallels between our search for life in the universe and our longing for human contact during the pandemic. And it actually boils down to the same thing – why is it so important to us a species that we are not alone in the universe? Why do we seek out contact? Because we’re social primates and human, all too human.

There are several stellar reviews and a very positive reaction to this album overall. Were you surprised? Did all this attention give you the “push” for starting to work on a sequel?

I was definitely surprised! I mean, I obviously like the songs and I think they’re good, but to have so many other people enjoy and connect with the music feels amazing. The response has been better than I ever could have imagined. I knew I would write more songs for a full-length album no matter what, but the fact that the EP seems to have resonated with so many people definitely motivates me.

Do you plan to bring Lightlorn on tour?

For the time being we’ll carry on as a studio project. Although I hope that once the full-length is released, we will be able to get a few more members and play some shows. It all depends on the level of interest and finding the time.

An odd question to end this interview: best, or more emotional, night sky you’ve ever seen?

I have a Skywatcher Explorer 130PDS Newtonian telescope, so I’ve seen many memorable night skies! But the most memorable and emotional I’ve seen would probably be when I was around 9-10 years old. We were doing a night hike through the Amatole Mountains in a little village called Hogsback in the Eastern Cape of South Africa (which is where I’m from originally). It was a clear night and perfect for stargazing. You could see the band of the Milky Way clearly. This was the first time I looked up at the infinity of stars and wondered what was out there. It kickstarted a passion for astronomy that I’ve carried with me all these years.

Thanks a lot to Renwar from Lightlorn for this interview! These Nameless Worlds is out now on Bandcamp. Follow the band on Instagram and Facebook and stay tuned for updates!