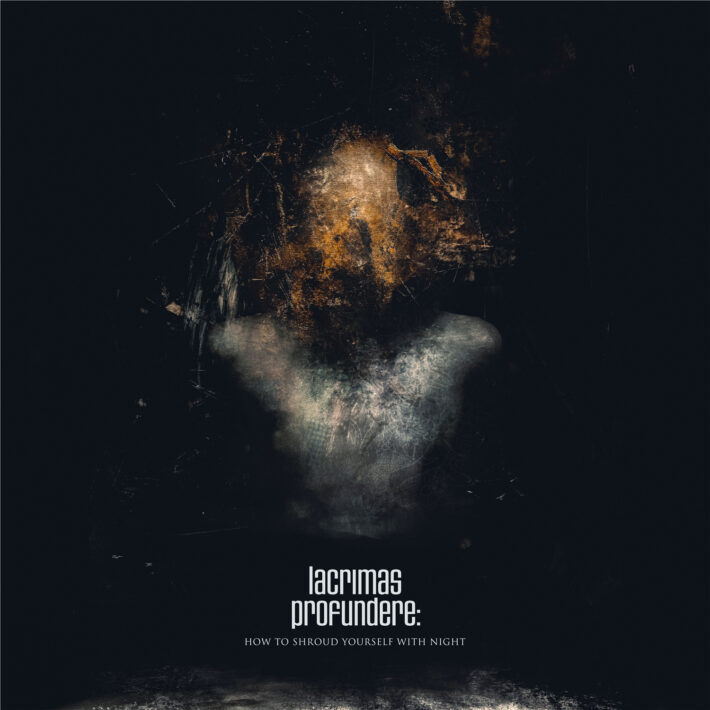 Regardless of their songwriting intent, this record clearly comes from the same band. You’re still getting morose gothic metal with big choruses. The vocals form the foundation of this record, as the wide variety of sounds, from spoken word to pseudo-growling, to different styles of singing and Woods Of Ypres-style crooning, add depth to the dark and murky songs. The guitar tones shimmer in the background, creating a theatrical feel to the entire record.

Lacrimas Profundere have a very deliberate and paced songwriting style. While this means that individual band members have less of a chance to stand out, the songs on How To Shroud Yourselves With Night feel cohesive and like they follow an intriguing, slowly flowering path. This structure serves the band well. Even though there are no hair-scalding guitar solos or dynamite drum passages, each note has meaning and intention.

Everything Lacrimas Profundere plays sounds slightly slower than I expect. In addition, many melodic lines in both the vocals and guitars feel like they add a beat or two. This extra space lets their melodies soar even as it occasionally bogs down the band’s music. Lacrimas Profundere maintain an enjoyable tone, so it’s nice that they give themselves extra time to float in it. They have the space to write moments like the dueling vocal and guitar lines on “In A Lengthening Shadow” and have it sound clear.

How To Shroud Yourselves With Night feels like a long record, even though it only lasts for forty minutes. The record can exhaust me in a bad way. This isn’t entirely the band’s fault: Lacrimas Profundere’s stretched out, morose style sounds great, but eventually I want to move on faster than the music does. This music contemplates its existence on its own time. Additionally, this album touches just a bit too much on the Peaceville Three sound for my taste. While this will be a plus for some, it’s not the direction I like my gothic metal to go.

Don’t shed any tears for Lacrimas Profundere, they’re still an excellent band making memorable music. While How To Shroud Yourselves With Night isn’t their best, I’ve enjoyed my time with it and will continue to listen to it for a long time. Fans of Lacrimas Profundere will like what they’ve given us here, and fans of dark or gothic metal will appreciate the glossy, detailed sound of this band. I’d recommend this to anyone who feels that Unto Others sound a little too cheesy. Anyone who wants music for the gym should turn away.