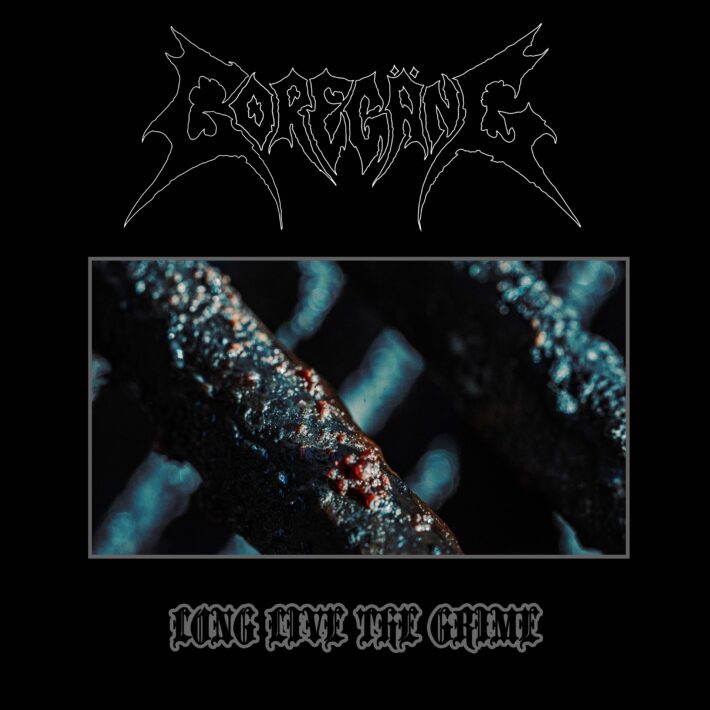 EPs still serve some use in the music world. With physical restraints completely lost in the past, various terms such as “full-length release” have been stripped of all meaning. Bands such as Nails will release a sub-fifteen minute experience and call it full-length, while Paysage D’hiver has put out massive experiences that didn’t leave the realm of demos for decades. However, full-lengths all have a cohesive sound. If a band wants to release their spare parts, EPs will save the day. Two years after their full-length debut, Neon Graves, Goregang give us a release consisting of four original tracks, one completely out of place cover, and four live covers of their previous stuff. Thank god for the honesty of partial releases. While full-length releases come with higher expectations, EPs can allow a band to relax and enjoy themselves.

Long Live The Grime does not represent a large departure from Neon Graves, but it does represent a significant one. Neon Graves felt more polished. It apparently had a more standard death metal sound than the band wanted, which Goregang seem to have attributed to being on a label rather than independently releasing their music. Their new sound, while superficially the same style of crusty death metal, does involve a change in the emphasis of their noise. Less death and more space and slime. The change may not have been enough.

Goregang have always been primarily a fun band, and that hasn’t changed. I didn’t listen to Neon Graves when I wanted heady or emotional music.  That record was for driving exactly seven miles per hour over the speed limit on a foggy day. Long Live The Grime spaces out Goregang’s sound and gives more influence to their nasty tone. The newer tracks sound like this transformation isn’t complete. I think the intent was to go for a stripped-down style, but the result feels like something is missing rather than the raw death metal ideal that remains just out of grasp. Still, fun is primary. And these tracks certainly still sound fun. I can pick around the edges, I can compare the past to the present, and I can discuss these songs in a non-ideal context, but the grime is there, and the fun is there. That’s all this band needs.

I’ve never been a big White Zombie fan, but that isn’t the issue I have with the inclusion of an “Electric Head Pt 1 (The Agony)” cover. The track feels awkward. To Goregang’s credit, they made some drastic changes to the original and it sounds wholly their own. Also to their credit, they sound like they had a blast recording it, and this is exactly the place for something that will never positively impact a full release. Even with this still being an EP, the cover track only highlights problems with Goregang’s own songs. This track feels more complete and energized than either the new studio tracks or the old live ones.

The live tracks include an intro and three proper songs. Goregang describe themselves as “disgusting” and “crusty” (outside of a genre context), and for a band like this, the extra rawness of a live setting does wonders. The presence of an intro track partway through the album comes off as bizarre, but the three real tracks yet again ooze great times. It still feels like something is missing at the core of their sound, but it’s difficult to care here because the live energy aids Goregang so much in finding their exact level of grime. These tracks flew by, and I would love to get a longer live album from this group. Maybe without an unnecessary intro.

Long Live The Grime fills itself with contradictory sections of music that don’t make sense and that hurt each other, but who cares? This was a pleasing experience that should whet the appetite of fans looking for the next full-length. The newer material wasn’t the best, but the band still has time to grow. I probably won’t listen to this a whole lot more, but that hardly matters. Despite the change to independent releases and all of the nasty describers, Goregang remains a band centered around fun.