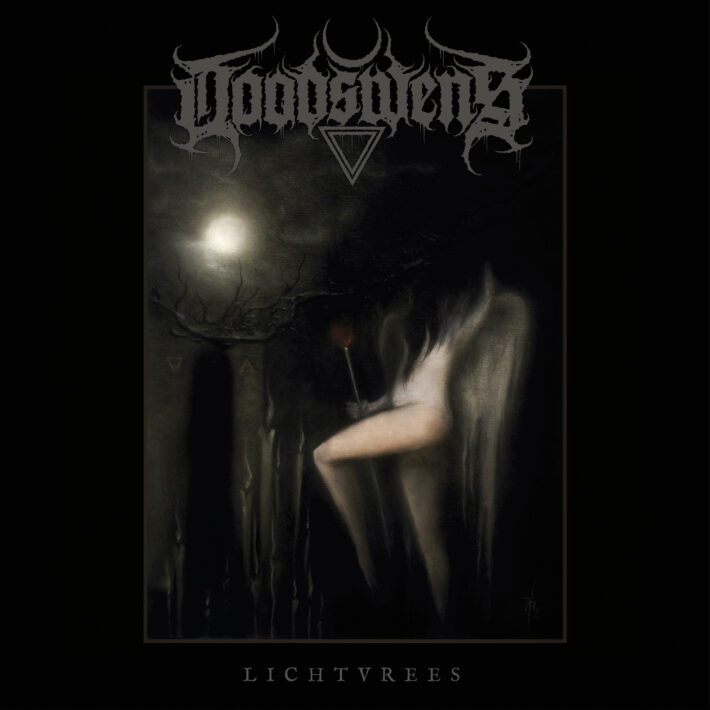 Over the past few decades, the Dutch black metal scene has been gaining more and more international fame. Part of the reason the scene stays relevant is that new bands keep popping up, each with their own take on the genre. One of the more recent bands in the scene is Doodswens (Death Wish in Dutch). The band consists of Inge van der Zon, who plays the drums, and Fraukje van Burg, who’s in charge of the guitar and the vocals. Since their foundation in 2017, the duo has been gaining a reputation by playing on a lot of festivals and concerts, with highlights like Roadburn in 2020, and a European tour with Marduk and Vakyrja, just last month.

Heavily inspired by the 90’s Norwegian black metal scene, Doodswens plays bleak, raw black metal, while adding a personal touch to the music. It’s impressive how they deliver their music on stage, creating an overwhelming sound with just two musicians. The demo they released in 2019 transferred the live experience to their fans’ living rooms as directly as possible. Sounding like it was recorded in a garage (like every black metal demo should sound ;P), the atmosphere of the music and the chemistry between the two musicians came across very well. This Friday, December 3rd, it’s time for their long-awaited debut full-length, called Lichtvrees (Fear of Light in Dutch). It’s a strong debut, with a better sound quality than their demo, while still staying true to the sound of their Norwegian predecessors, and to their own sound on stage, which is where most of their fans have gotten to know them.

The record starts with “In Mijn Bloed”, which was the first single of the record that the band put out. The amplifier static at the start of the track conveys the rawness of their music, as it’s presented on stage, and quickly, the duo bursts out in high-intensity black metal. Inge’s blast beats are full of energy, and Fraukje’s shrill guitar riffs are as haunting as they are captivating. The grunts are expressive, emanating coldness and agony; themes that are present throughout Doodswens’ whole discography. After the opening track, there’s an interlude, called “Onplaatsbaren”, which is a rant by a man who’s using the Dutch disease-laden array of swear words to put his negative vision on the world into words. Although the interlude definitely fits the name of the band (as the man obviously has a death wish), it’s a bit too long and takes out the pace of the record.

This quickly gets made up for, however, because what follows are two of the more impressive songs on the record, regarding the buildup of tension and general composition. They’re also the longest songs on the record, counting seven and nine minutes, respectively. “Zwarte Staar” starts off with a calm passage on guitar, setting the mood for what’s about to come. After a while, the drums join in, and play a tranquil, but captivating rhythm. The vocals are perfectly balanced: they’re not too intrusive, but they’re present enough to play their part in creating the atmosphere. “Eindzicht” starts off with an atmospheric guitar part, which functions as a sort of interlude between the two tracks. Fraukje seems to create the chiming guitar sound in a way that it can be executed on stage as well, contributing to their raw and relatively unprocessed sound. In comparison to the other songs on the album, both tracks are rather calm, but because the duo plays around with different musical themes, drum patterns, and levels of energy, the music really captivates the listener and keeps them engaged.

After a short, but powerful song, called “IJsheiligen”, there are two tracks that may sound familiar to those who’ve seen Doodswens play live before. They’re two songs that the band has been playing for some time, and that have finally been recorded on a studio album. Again, the balance between calm, atmospheric passages, and full-energy black metal parts, portrays the sound with which Doodswens have put themselves on the map, and gained their impressive underground following.

In conclusion, Lichtvrees is an impressive debut full-length, which perfectly transfers the band’s live sound to their fans’ living rooms. On the shorter tracks, the duo proves how energetic they can be, while on the longer songs, they showcase their skill in building up tension and creating an atmosphere. Hopefully, the record will function as a stepping stone towards more international attention, because they definitely deserve it.