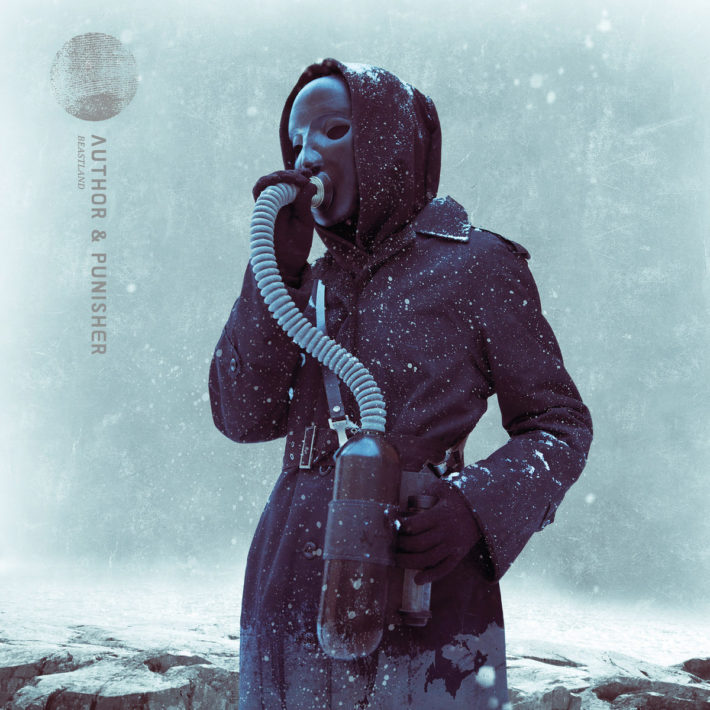 I’ve never been a huge industrial fan. I’m getting that out of the way so you all know where I am coming from. So, why did I pick this record to review if it’s outside of my normal musical horizons? Because it is outside of my normal musical horizons. I wanted to explore something unfamiliar and this album seemed like a good place to go (also, I saw a mini documentary about the band on Youtube and was curious).

For those of you who don’t know, Author & Punisher is a one-man band created by Tristan Shone that makes music with his custom-built instruments. These allow him flexibility to produce a wide variety of sounds from heavy percussive bass hits to midrange drones and other unique sounds. Beastland is his first record released with Relapse Records.

As usual, I’ll start with the great things about this album. First things first, there is no question that this album is heavy. The first sound from album opener “Pharmacide” is low drone that establishes the direction this going; low and heavy. Drudging, hypnotic grooves follow with a noise-filled melody that will elicit headbanging from even the most stoic.

Powerful sub-bass sounds are found throughout the record. These don’t just serve as a time-keeping element, but also for effect. The rhythms in “Nihi Strength” display this very well. It should also be noted that these sub-bass hits will “out bass” that one guy who drives that car with larger-than-life subs and tries to blast everyone with his shitty mumble rap.

Clean vocals start to emerge through the noise-influenced chaos with a song like “The Speaker is Systematically Blown.” The chorus conveys emotion that can be difficult to hear through all the distortion and it is somewhat catchy. These kind of catchy cleans appear again in “Nazarene.” These stick out because they offer a nice contrast to the distorted, low-frequency noisiness that is prominent on much of this record.

Melody is not only found in clean vocals on this record, but also buried in the background of some songs throughout. At the end of “Nihil Strength” and “The Speaker is Systematically Blown” contain little melodic ostinatos that make themselves known, but add to the noisy atmosphere. Instead of relying on controlling chaos to move the song forward, these little melodic moments allow a little breathing room instead.

While there some great moments going, it’s not all perfect. From top to bottom, the album is a tad exhausting to listen to. While there is some variety on the album, it gets lost in the over-abundance of punching low-frequency effects. By the time I got to “Apparition”, I felt like I needed to stick my head above water to catch a breath, and realized I still had two tracks to go. The album pummels you not with blast beats and flurry of notes, but with low notes that will smother you. Vocals were also interesting. The cleans were executed really well and cut through the cacophony, but the harsh ones were distorted and buried. The only time I could understand any lyrics was when it was clean.

Even with my limited industrial knowledge, Author & Punisher has set itself apart from other acts within this genre. Utilizing unconventional instruments and sounds is something incredibly awesome and the fact that it is executed by one man is amazing. Despite the few faults found on this record, it is still entertaining. It may not be my style of music, but I certainly won’t fault the band for that. To my inexperienced industrial ears, it is a decent record. While I might not go back to this album, seeing this band live would be something else.