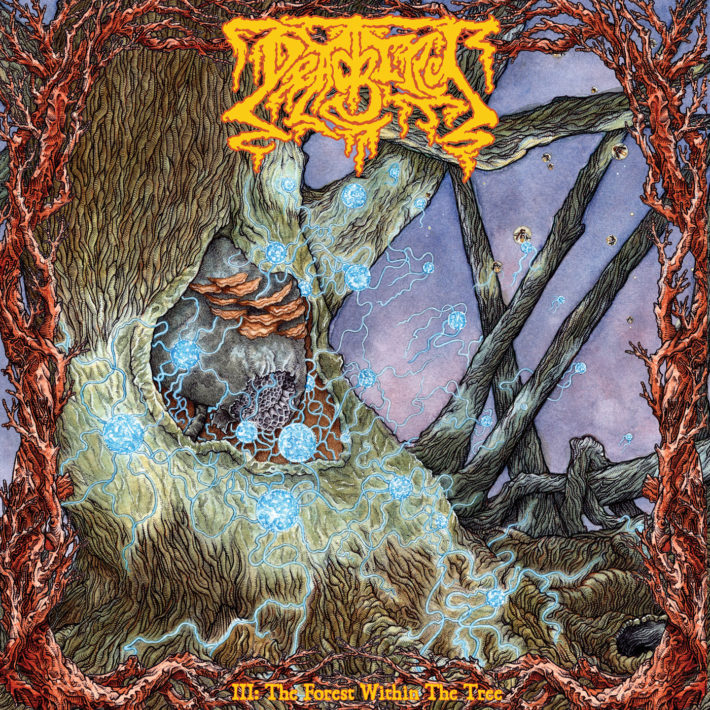 Deadbird has a peculiar career. They practice long gaps between releases – four years between their first two, and ten years for the third one. It can properly be called a side-project: all members are veterans of the Arkansas scene, most of them at some point playing with atmospheric sludge legends Rwake. Only occasionally do they get together, all good friends I believe, to do something under the name of Deadbird. With this album they achieve the full potential of this band-form – accomplished musicians gathering with their distinct experiences and ideas (all being on the same page of doom and sludge) and creating something greater than just a sum of their parts. Deadbird is not an outlet of secondary, less important ideas, but an expression of collective skill aiming to celebrate all things doom.

Such endeavors are often in danger of becoming an incoherent mess of disparate ideas, each member just doing what they usually do in their main project and not meshing well at all with the others. Many supergroups unfortunately end up this way. The members of Deadbird have known each other for a very long time and have not only played together but participated in various ways in the larger musical scene. The already existing synchronicity is mobilized to give birth to something new. However, I’m not talking about an entirely new sound – “III: The Forest Within The Tree” is a collection of many different approaches and techniques, all the best stuff of sludge, doom and post-metal. This gives the sound great dynamics. Tempos and rhythms shift often, new elements pop up all the time. But the genius is in the coherence with which they’re put together.

There’s eight songs on the album, five “proper” ones and three intros/outros. Each has its peculiar identity and inner workings. “Luciferous Heart” is a terrific melodic doom deal, kicking up the tempo in the last third before crashing down into a slow riff beating and then dropping it once more, like a beaten, near-dead man dragging himself to some, any salvation. “Heyday” pulls together sentiments of epic doom and post-metal, continues with tasty sludge riffs before shifting into a psychedelic, melodic dirge. “Alexandria” is the shortest, but certainly a standout track with great harmonies between rough doom vocals and a killer groove. “Brought Low” certainly brings things low, playing with some acoustic guitar and accompanying folk sentiments perfectly espousing that southern sludge feel of downtrodden hardship, even having a certain grunge-y edge. “Bone & Ash” ends things properly, being the most aggressive song, gradually ascending into straight up hardcore rhythm.

There’s one thing that I need to get out of the way in this review, something which will certainly come to mind to many listeners of this album. That is the comparison to Pallbearer. The connection goes deeper than just the musical similarity. They’re both of the Arkansas scene, and guitarist Chuck Schaaf has recorded and mixed Pallbearer’s debut “Sorrow & Extinction”, as well as briefly played drums with them. In this context a decent amount of influence is understandable, especially since there’s a lot of good stuff to learn from Pallbearer. But we shouldn’t get too far and claim Deadbird is merely aping their sound. The themes, riffs and even general feel are very similar, but Deadbird is a thing of its own and in some regards perform even better than Pallbearer in my opinion. For instance, the common doom subjects of grit and hardship permeates both bands, but while Pallbearer sometimes veers too far into melodrama, Deadbird keeps their feet firmly on the ground, enabling themselves to be taken more seriously. Also, Deadbird’s songwriting is much more varied, brightly shining compared to Pallbearer’s moments of getting lost within the new sound they’ve tried to craft on their last record, “Heartless”. But this is not a review of Pallbearer so let’s leave it at that.

To sum up, this gathering of talented and experienced agents of heaviness takes us on an emotional ride, a diorama of woe and inner struggle. And they speak from the heart, each individual bandmember giving his own voice, whether musically or literally, as all the members are enlisted as vocals. In short, a great atmospheric doom/sludge release that all fans of these styles should check out.