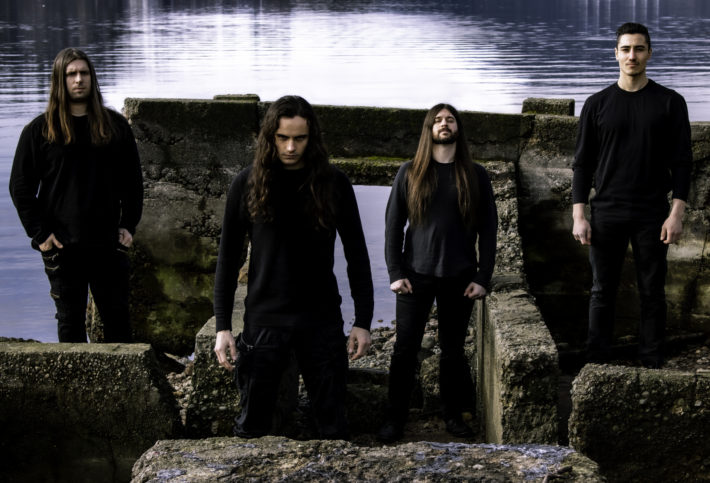 Hailing from Vancouver, Atavistia is an epic metal quartet who independently released its latest album, “The Winter Way”, about a month ago.

Hello, this is Rick! Who am I speaking with, and what do you play in the band?

Hi there! My name is Mattias [Sippola] and I am the guitarist/lead vocalist for Atavistia.

This is your second album, but it’s the first one with a full lineup, rather than as a one man band; how did you decide it was time to change? And how were the other members found?

Well, the majority of this album was written and recorded by me as well, although I felt it was time to incorporate a new touch with these songs. D’wayne [Murray, bassist] and Dalton [Meaden, guitarist] recorded the bass at Dalton’s home studio and Max [Sepulveda] recorded the drums at his home studio. Both this album and the debut were both created in a very DIY fashion.
I found the other members throughout a couple of years while searching for them. I met Dalton while playing in a previous band and he was at the venue where we played. In the following year, I met D’wayne at a local festival. Max was the newest member of the band and he became a part of Atavistia during the final recordings of “The Winter Way”.

What is your relationship with models? How do you create the equilibrium between being influenced by a band, and going your own way?

It’s all about finding that “personal twist” as frankly, every band sounds like another to a certain extent. We get the comparison to Wintersun, which is accurate due to them being my all-time inspiration.
As time goes on however, I feel myself becoming inspired and influenced by different musical groups and even events outside of music in general.

Lyrically, what were your inspirations?

Nature, and what lurks inside the complex mind of humanity, is always very inspiring as there are things we may never discover. The possibilities are endless!

Mattias, on “The Winter Way” you were responsible for the production, mixing and orchestrations too. How did you handle all of these operations?And how did you land on the band’s sound?

A lot of nit picking and revisitation… I’d like to have a more organized approach to the production of the next album. The process of this album was messy, but it worked out in the end! I’d do things differently, though, in the future, to save my sanity and stress, but as in regards to the album’s sound, I wanted punchiness with dynamics.
This was a difficult task and it tested my studio skills to the max!

What was the most difficult thing to do while releasing an album as unsigned artists?

Definitely the business side, which has nothing to do with the music creation itself. It’s very difficult to not only focus on the music at hand, but to stay up to date on social media, organize march, online outlets, and emails. It can be quite uninspiring and unmotivating.

What is the next step in your future?

We are playing things by ear at the moment due to the current state of the world but we have an optimistic feeling towards the future! We’re working on some pretty big plans but we cannot disclose anything at the moment!

Thank you Mattias and the other guys from Atavistia for this interview! They might not be able to disclose anything right now, but if you don’t want to miss any of the band’s updates be sure to follow them on Facebook, Instagram and Twitter. “The Winter Way” was released on May 29th and it can be found on Bandcamp.