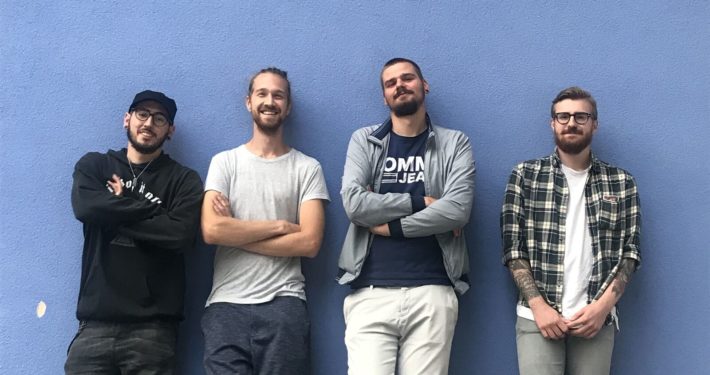 Not too long ago I had the opportunity to cover a charming debut EP from a young South Tyrolean group called Ashes Of My Memory. The EP, Raptures /// Disillusions was an impressive, though short first observation from the band and a surprising expression of progressive metal. Music, how it’s made, and how we access it, is very different now than it was a decade or two ago. We’re seeing more self-produced and independent artists than ever before, because with the distributive power of the internet, we now can. But without the resources of a record label (and sometimes even with them), these artists have little choice but to produce music as a labor of love rather than an occupation.

Ashes Of My Memory have navigated the difficulties that unsigned bands face and released an EP that holds up against a lot of releases that have more funding and manpower behind them. As an independent release, Raptures /// Disillusions is unassuming and sincere. It’s a pure and passionate expression that demonstrates the love these guys have for heavy music, all unburdened by bureaucracy or mercantilism. The effort alone is worthy of high respect, but the result is worthy of praise. I had the chance to speak with Michael Berger, one of the band’s two guitarists and vocalists, about it.

How are you, Michael? How’s the band?
We’re all good, thanks, we hope you’re all doing well too.

One thing I love to hear is what artists listen to. Have been into any particular bands or albums recently?
Yeah, I’m listening to a lot of hardcore at the moment. The new albums by Terror and Madball are great! The other guys are also jamming Alligatoah (German rapper), Red City Radio (punk band from the US), Propagandhi, the new tracks from the upcoming The Ocean record…our musical tastes are pretty vast and all of us come from different directions.

You guys all study in different cities. How far away are they, and how do you make it work?
Yes, we actually just meet every two or three months, depending on the holidays. We’re basically divided by 3-7 hours long train rides. The band existed before we all went to study and we noticed that we nevertheless wanted to continue with it. Fortunately, we’re at a musical level now that allows us to practice less than some years ago when we all were in the same city for the whole year. We basically write our songs through dropbox, and everyone contributes to the final product. But it’s always fun to go back to the rehearsal room!

So how did you meet and get started before you went to separate schools?
Our drummer Luki started a band back in the summer of 2009, he convinced Sebi to learn how to play bass, our lead guitarist and main songwriter Feli was brought in by their former guitarist Motz. I joined in September 2009, and after some line up changes and covers, we began to write our own songs under the name Ashes Of My Memory. This was in our high school years. Fun times.

You were on hiatus for a time. How did your musical approach change during that time? How was it different after?
The hiatus affected our perspectives on the quality of older material. We used to write an awful lot of songs and even more drafts before. After our break, we reevaluated this former approach; quality is worth more than quantity, after all. The hiatus caused our music to become more progressive, more thoughtful, more mature.

It shows, the new EP is some fine music. Tell me about how Raptures /// Disillusions got made. The songwriting process, idea development, etc.
The rough outlines of The Decline were actually written back in 2012, before our hiatus. The work on The Cycle, on the other hand, was started roughly two years ago. The songs were reevaluated, rearranged and adjusted until we started to record the songs at Sound Revolt Studio in Terlan (South Tyrol). And even in the studio, we changed some things. Same for the lyrics. We just wanted to make the most of our material.

Now you’ve got a studio EP out. What are your goals, and what’s next for Ashes of my Memory?
Play shows, write good music and reach out to people with our music. We always try to concentrate on the present and make the most of it. Let’s see what the future holds for us!

Raptures /// Disillusions is available now. Click here for our full review of the EP.