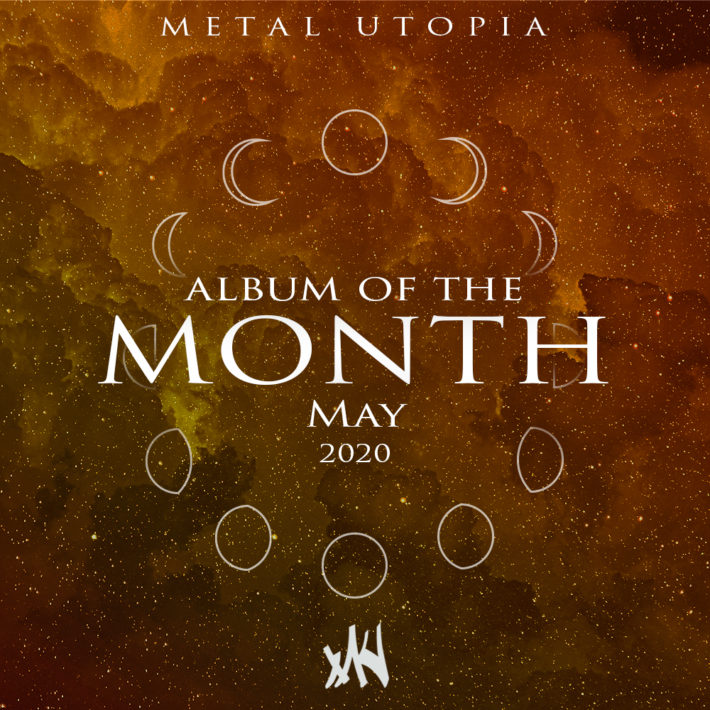 And here are our favorite albums of May:

This record was one that absolutely blew me away. The records that usually surprise me the most are those from bands I have yet to listen to or hear of, and Mountaineer did exactly that with their “doomgaze” beauty of a record. I cannot succinctly say everything that I want about this record other than you must not allow yourself to pass on this record.

Have you ever had a moment when you couldn’t choose between watching an 80’s horror movie or listening to extreme metal? Well, from now on, you don’t have to choose anymore. Make Them Die Slowly is a sort of polished Anaal Nathrakh (they both have the same vocalist), with themes from horror cinema. It’s fast, heavy, and surprisingly catchy.

This month was one of quality over quantity. There weren’t many albums that grabbed my attention but there were 3 that will probably be amongst my favorites of the year with Paradise Lost, Xibalba and my favorite, Bašmu. Everything that this band puts out is gold and The Encircling is no different. This is raw, evil and nasty, black metal that is exactly what I love. Go listen to it now if that is your thing.

This was a surprise sophomore album by the young prog/power group. Their second effort is shorter and tighter than their first, but loses none of the joyous energy that makes them so much fun to listen to.

I didn’t think that Paradise Lost would be able to outdo Medusa, but I was wrong. Obsidian is a perfect blend of the band’s gothic, death, and doom styles. There’s material for all fans of Paradise Lost to enjoy. There are moody, introspective tracks like “Darker Thoughts,” traditional death/doom tracks with wicked riffs like “Ravenghast” and upbeat, groovy songs like the single “Ghosts.” Obsidian will definitely be a contender for album of the year for me.

Party lyrics are extremely well-paired with a multitude of different sounds and influences, resulting in something that’s as much fun as it is interesting. “Curse of the Crystal Coconut” leaves you entertained, lyrically and musically; a party album with a lot of skillful musical variety.

Not only is it a great album, but it’s a celebration of their entire career. All their best styles (and they’ve had many) woven into a modern package. In other words, if this were hypothetically their final album, I wouldn’t even be (that) mad.

Maybe less flashy than the previous record, but conistent throughout and never boring. Definitely shows that these guys know what they’re doing. The album gets better with every listen and proves once again that they’re one of metal’s most established and consistent bands. And I would be mad if this were their final album. Keep ’em coming.