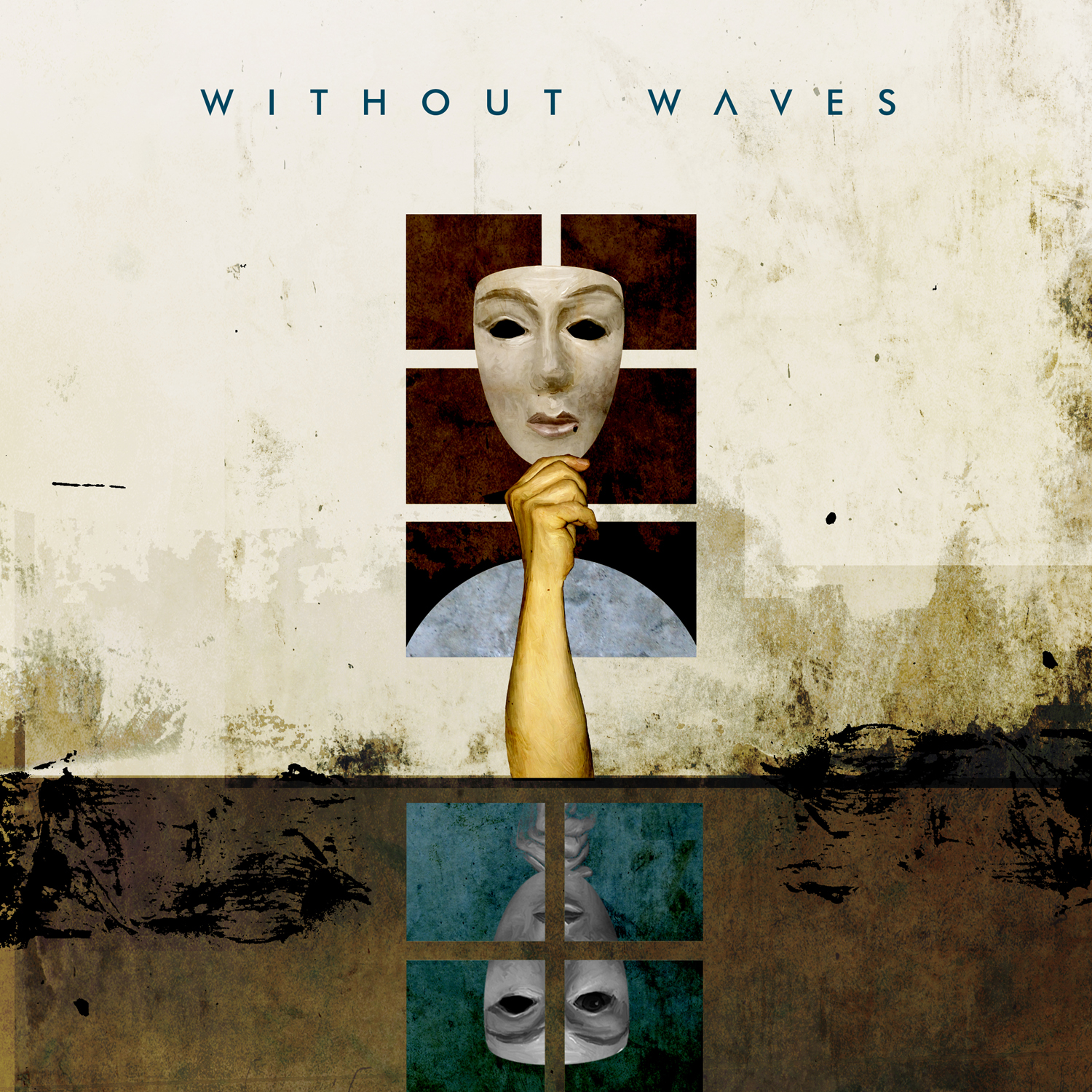 At heart, metal is a pioneering genre.  To my knowledge, no other genre of music has as many subgenres or variations of subgenres.  Over the years, millions of fans have discovered music that pushes against the grain, both sonically and lyrically.  It’s one of metal’s most attractive features.  Without Waves is a band that is developing a mantra of originality around their sound, pushing the envelope by combining different musical styles.  On their debut full-length album Lunar, the band mixes metal, rock, and jazz fusion.  The question is:  does it work?

Without Waves isn’t new to the rodeo.  They’ve released a couple of EPs, but Lunar is the first album where they’ve begun to truly refine their sound.  The first two tracks come roaring out of the gate with furious riffs and gurgling screams.  Blindly chosen, these songs wouldn’t be out of place on a Mushuggah album.  While there isn’t quite as much depth of sound, Without Waves makes it clear that they’re capable of slugging it out with the heavy hitters.

As the third song “Us Against” fades in, forget everything that you just learned about Without Waves.  In fact, you may have to double check and make sure that you’re still listening to the same band.  There are strong rock and jazz influences on this song, and the screaming has been dropped in favor of clean singing.  It immediately recalls a band like The Reign of Kindo, although I’m by no means an expert in this genre of music, so take that with a grain of salt.  “Us Against” brags that Without Waves is an experienced unit – the intricate yet simple rhythms of the song display tenacity and cohesiveness, traits that many fledgling bands lack.  In fact, “Us Against” is one of the most robust tunes on Lunar.

Without Waves continues this recipe throughout Lunar, experimenting with different sounds that complement their metal aspirations.  There’s a calculated stoner rock vibe to “Never Know Quite Why” and then “Victorian Punishment” features tight, syncopated guitar riffs.  “EDMS,” one of the heaviest tracks on Lunar, is a hyperbolic explosion of angst.  “Lost Art” returns to jazz fusion, but also showcases some gritty singing ala Mastodon’s Leviathan.  The album closer “Momento Mori” has a chaotic hardcore atmosphere like The Chariot or Converge.  At the end of it all, Without Waves comes full circle – it’s almost as if Lunar begins and ends in the mosh pit, but the band takes a break to jam out at a jazz night club in-between.

Without Waves’ musical recipe is unique.  It doesn’t always work and to some extent the violent switch between styles might turn off some casual listeners.  I don’t like to stereotype, but it’s unlikely that all metal fans will be in rapture over the entire album.  However, many metal enthusiasts will find material to enjoy.  Lunar pushes the envelope of metal in a purposeful and refined manner.  If you’re a metal fan, then perhaps you’ll want to check out some of the other styles portrayed on the album.  And if you’re someone who has never heard of the influences listed in this review, then come to the metal side – we have downtuned guitars and corpse paint.  You can thank me later.

Tracklist:
1. Sewing Together the Limbs
2. Poetry in Putrid Air
3. Us Against
4. Never Know Quite Why
5. Victorian Punishment
6. EDMS
7. Lost Art
8. Fractals
9. Momento Mori