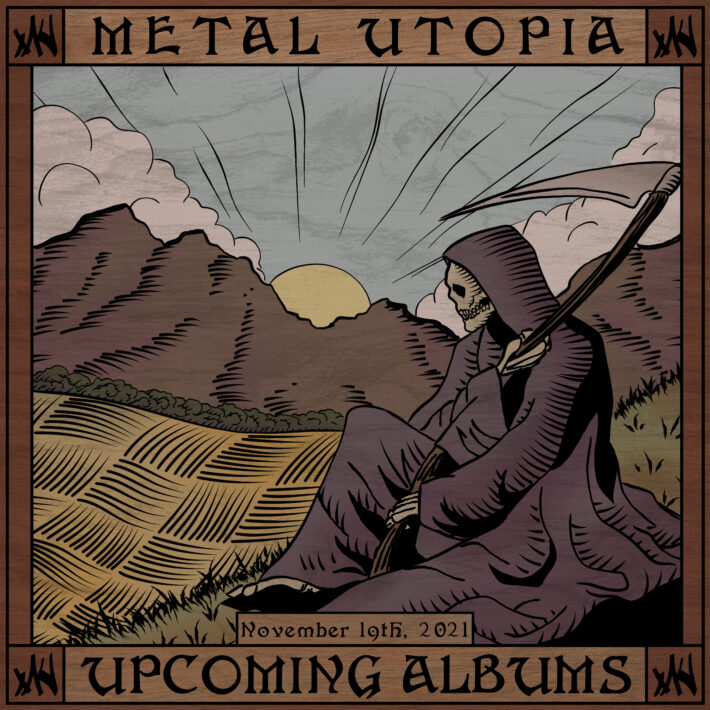 Obscura might not be the most inventive tech death band out there, but they’re consistent in quality, and dare I say, approachable in a way that doesn’t make it a chore to listen to. Quite some melodeath influence in the singles, could be interesting.


There’s a certain strand of mostly French but also other European hardcore/mathcore bands that seem to have made their goal to just go all fuckin’ out. Super dense production, nonstop blasting, a lot of black metal influence, dissonance everyhwere, you name it. Plebeian Grandstand are a prime example.


Their 2020’s EP “Galdrum” was super enjoyable to me and I can’t quite reason why. It’s pretty decent melodic black with more than a bit dungeon synth, and well, riffs riffs riffs. Through that they somehow managed an exquisitely compelling medieval/fantasy atmosphere that takes you on an aural journey few bands can. That said, really hyped for their debut full-length.


Rick is looking forward to Aephanemer’s A Dream Of Wilderness, and Khemmis’ Deceiver:

These young guys are one of the most interesting up-and-coming bands in the melodeath scene right now; their sophomore album got them a contract with Napalm Records two years ago and since then I could not wait to hear how they will continue to evolve their sound, marked by sharp melodies, roaring, harsh vocals and a keyboard underlayer. A band’s third album is an important test bench, and I want to see how Aephanemer will approach it. The #1 spot on my AOTY list is theirs to take, if they can.


The artwork spaked my interest, and the vocals in the first singles were an harmonic chant that made me come back for more. Khemmis aren’t newcomers so this could very well be an opportunity for approaching them – I’m not that crazy about doom metal, so if I end up liking a particular release then you might too!

Melodic Doom/Death metal outfit Swallow the Sun release their eighth studio album. I discovered them when they released their triple album Songs from the North I, II & III and have followed them ever since. I’m curious what the new album will sound like.


Belgian instrumental post-metal band Hemelbestormer release their third full-length. The previous two albums were perfect to put on and get captured in the music, so I hope the third one will do the same.