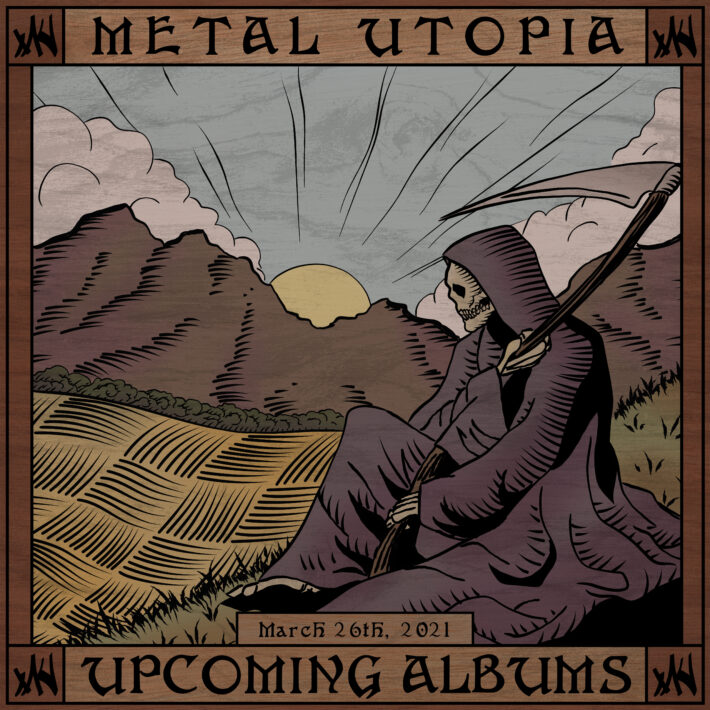 On Soul Diminished, the group’s first full-length release, Celestial Sanctuary injects elements of doom and punk into the vocabulary of traditional UK death metal to create a fresh sound that is somehow raw and blunt and slick all at once.

From Maggot Stomp to Century Media, huh? The singles so far have been a mixed bag, some being generic brutal death, some fulfilling the promise of caveman death found on their debut EP. We’ll see how the whole thing holds up.


Sci-fi tech thrash your kinda thing? Get in. This is Cryptosis’ debut and from what I’ve heard this band shows a lot of promise.

Spanish atmospheric black metal band release their fourth full-length this Friday. If this record is as good as their previous one, it’s gonna be great.


Spenser is looking forward to Evanescence’s The Bitter Truth:

It’s Evanescence, and they can do no wrong. An entire album of brand new material from this legendary band is always something to look forward to.