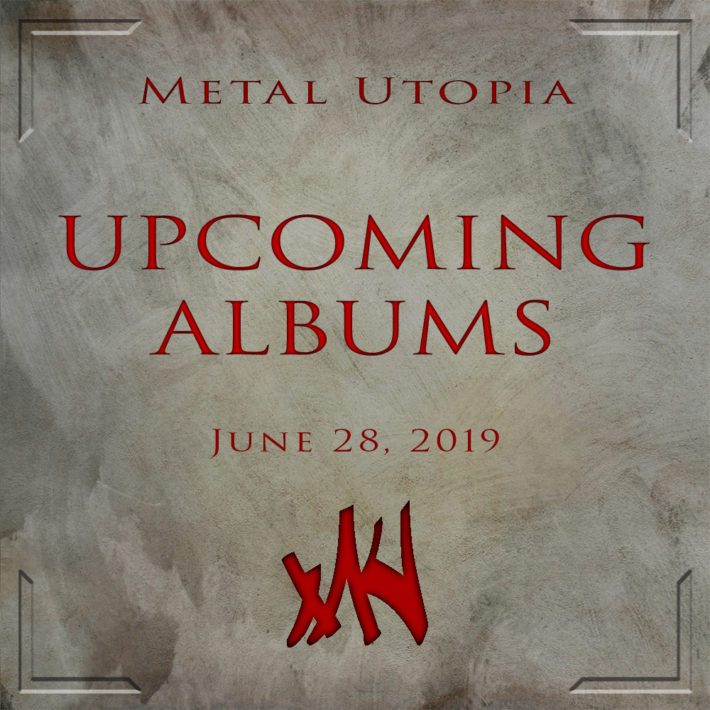 I’ve been a huge fan of both Luca Turilli and Fabio Lione since their Rhapsody/Rhapsody of Fire days. When the original Rhapsody band split up, I was hoping these two would team up for an album again. They have and created one incredible album.

Although not necessarily metal, Heilung is quite well known among metal heads for providing such a mystical and entrancing experience with their music. Heilung can be described as atmospheric dark folk, somewhat similar to Wardruna, yet much more chant-y and tribal sounding. Futha is bound to be something completely mind blowing.


Leon is looking forward to Beastwars’ IV, and Sumac + Keiji Haino’s Even for Just the Briefest Moment Keep Charging This “Expiation” Plug In to Making It Slightly Better:

There are certain bands that simply refuse to die. I’m not talking about zombie bands riding on old glory making way too much money for anyone’s good (we all know there’s too much of those in rock and metal). I’m talking about bands like Beastwars, who were all but done for due to the vocalist’s unfortunate struggle with cancer. But they couldn’t let go, and IV was recorded just days after the man finished chemotherapy. Judging from the singles, these rifflords made good use of the frustration, prepared to ravage once more.


Aaron Turner’s heavy experimental sludge goes even more experimental with its second collaboration with Japanese noise connoisseur Keiji Heino. I wasn’t too keen on the first one – I have to be in a really specific mood to dig Japanese noise improvisations, but this one is primarily a live recording, and those tend to have a certain raw quality that sells the whole thing.

The atmospheric black metal band from the US releases their third full-length album, called Absolution. The singles that they already released have a shoegazy vibe to them, definitely worth a spin!