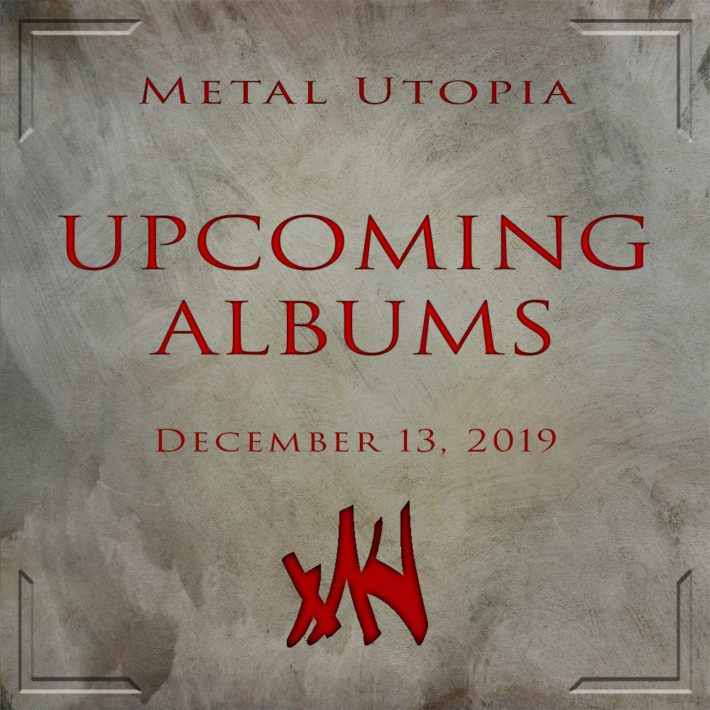 It is only fitting that Mosaic will be releasing two separate albums on a Friday the 13th. Steeped heavy in the folklore of his native Germany, the sole artist that is Mosaic has been churning out experimental black metal that seems to believe quite literally in the mystic powers of the natural environment. This treat has been years in the making, both promising to be different enough to make listening to each necessary.

This is bound to be an interesting EP, consisting of two covers from each band. Conjurer will cover the tracks Blood and Thunder (Mastodon) and Vermillion (Slipknow) while Palm Reader will cover Tire Me (Rage Against the Machine) and Circles (Thrice).


Leon is looking forward to Thergothon’s Through The Pits of Time:

December is slow for new releases, but at least we got some re-releases to keep us busy. The dudes from Blood Incantation recently stated on their reddit AMA that all funeral doom riffs are just Thergothon riffs. Well since Thergothon is the very first funeral doom band, that ain’t that far from the truth. This box-set contains everything they made in their short, but immensely influential career, including two previously unreleased demo tapes. Basically, it’s a piece of metal history.


Rutger is looking forward to Officium Triste’s The Death of Gaia:

This Friday, the death/doom metal band from the Netherlands release their sixth full-length album. I’m looking forward to hearing how it compares to their other works.