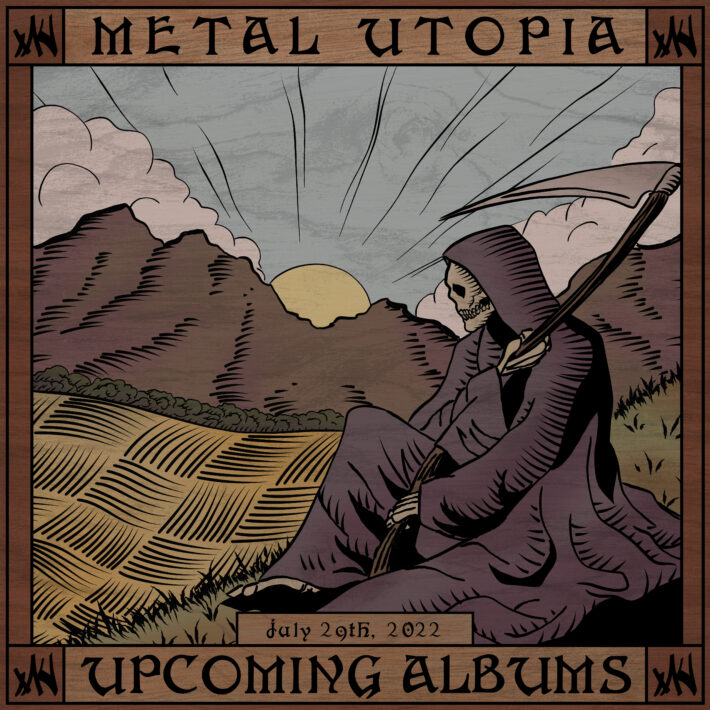 Heavy metal on Dying Victims featuring some of the prettiest boys I’ve seen in a long time. I have a crush on Nico and I’m not afraid to admit it. Listen to this, it’s gonna be killer.


Some blackened thrash on Dying Victims that I’ve been looking forward to for a while. This one’s an EP, but it’s still gonna be packed with riffs.


Debut record from some Swedish boys playing Swedish death metal. The single was a riot, so I’m looking forward to hearing the full thing.


Triumvir Foul are one of the grimier death metal bands I’ve yet to get into, so this new record may be the perfect opportunity to check them out.


A deathgrind gimmick band inspired by the beaver that killed some dude in Belarus a few years back. They sing about beavers taking over the world. And for a gimmick band, you’d be surprised to find out the music isn’t bad.


Rutger is looking forward to and Grima’s Frostbitten:

Only one year after their impressive record Rotten Garden, Grima already release the new chapter in their discography. Although it’s released in summer, the album title suggests some new, ice cold Siberian black metal.