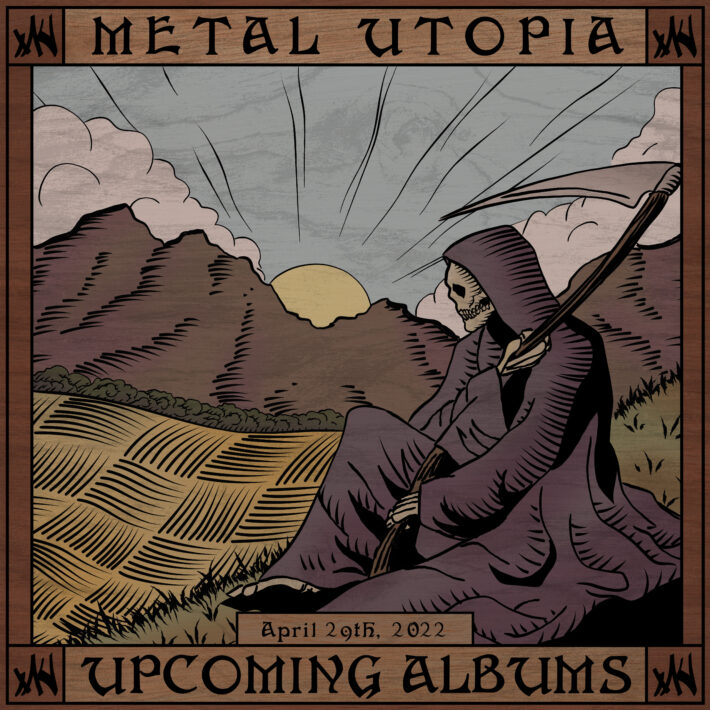 Leon is looking forward to Watain’s The Agony & Ecstasy of Watain, and Devil Master’s Ecstasies of Never Ending Night:

A title referring to the renaissance artist Michelangelo, a band logo reminiscent of The Cult. What are Watain cooking up? The singles are pretty standard for them, but pretty decent all the same. We’ll see if the whole record pans out as something new and interesting.


Best hardcore punk / goth rock / black metal mash-up on the market right now (not that there are many). They haven’t disappointed me so far and I don’t think they will this time around.

After having to wait an entire decade after Liebe Ist Für Alle Da to hear new music from the German pyromaniacs, who ever expected another new album so soon? Certainly not me. I have the strange habit of not liking the first single, and Zeit didn’t escape this, but not only Zick Zack proved as funny and grotesque as the Rammstein I’ve always loved, I also have the utmost faith in the band. Their previous untitled album was a masterpiece; whatever comes next, its quality is guaranteed.


Rutger is looking forward to No/Más’ Consume / Deny / Repent, and The Spirit’s Of Clarity and Galactic Structures:

The previous two EP’s by grindcore band No/Más were ten and seven minutes, respectively. While this certainly added to the explosiveness of the music, I’m looking forward to hearing a full album by the band (who knows, maybe it’ll even last twenty minutes ;P).


The Spirit’s previous record, Cosmic Terror, was an impressive black metal album. Although I haven’t heard any of the new singles yet, I’m looking forward to hearing their next offering.