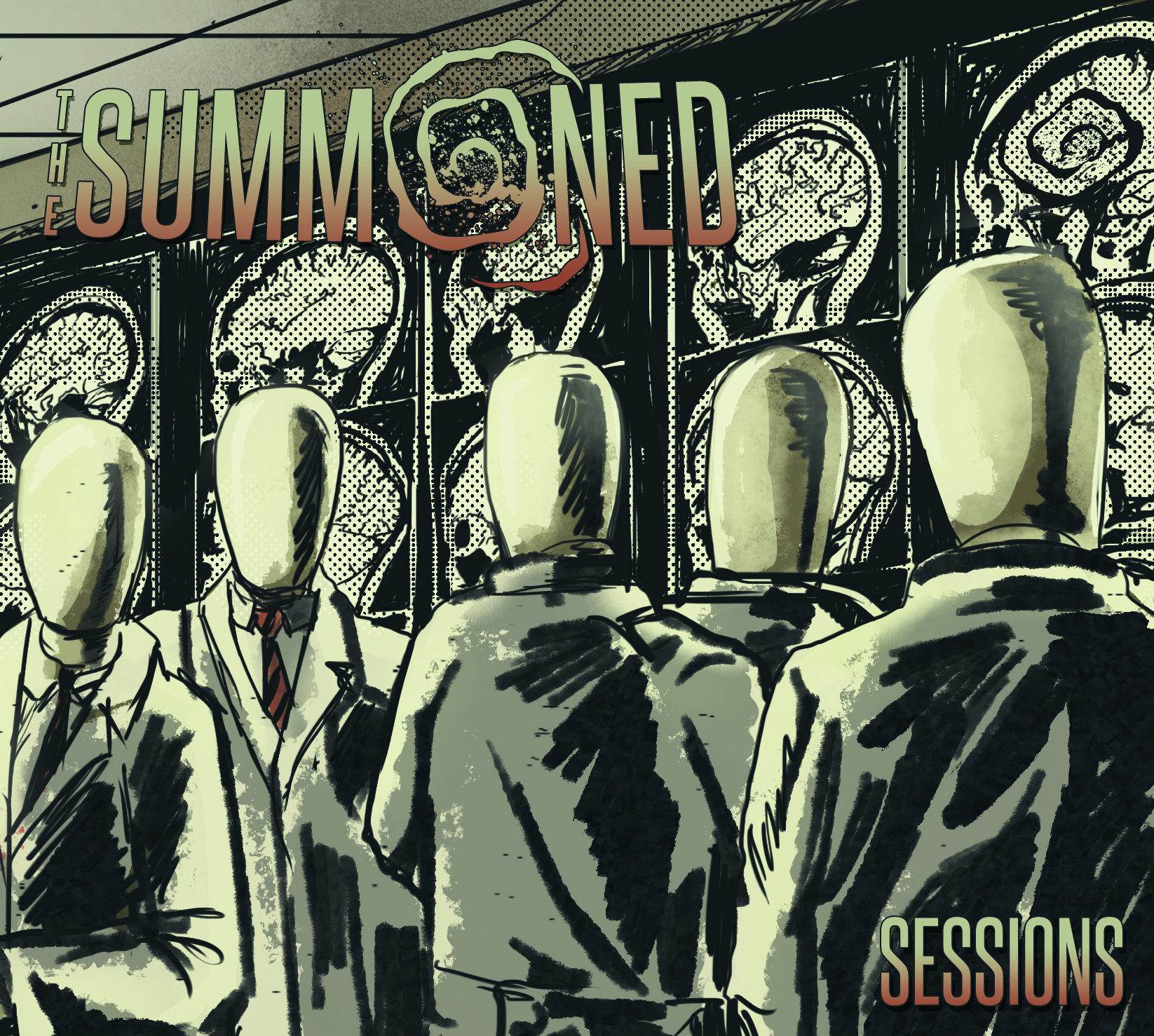 Cohesion is an integral force in the universe – it holds molecules together, forms family units, and even develops pride in one’s country.  In art, cohesion is no less important.  Many singular aspects often blend together to form one whole unit, that when properly displayed, is a sum of all its parts.  One characteristic that separates good bands from great bands is cohesion.  Each member has a part to play, and even if one member is not performing to their full potential, then the result is lackluster.

The Summoned’s second full-length album, Sessions, demonstrates the principles of cohesion. The Summoned plays a blistering brand of technical death metal with light touches of progressive metal, which can be seen in jazzy interludes, syncopated riffs, and atypical time structures.  It has been 6 years since the band’s debut release, If Only Minds Could Paint Pictures, and 6 years in the music industry can be an eternity.  Nevertheless, The Summoned has re-entered the scene with vigor, releasing an album that is as potent as it is proficient.  Not only that, but the production quality is top notch for an album that is self-released.  Sessions follows the story of a troubled patient meeting with a psychiatrist.  As such, the songs represent the patient’s struggle as much as they do an awakening of the mind.

“The Pendulum Swing” opens the floodgates of metal mayhem, and it’s a brief but bold opening statement.  It has the crunching riffs of Meshuggah interspersed with the modulated guitar work of Between the Buried and Me.  The next track, “Faradic,” opens in a frantic mental state, but then provides a haunting melody to back up the main riff of the song.  The shredding by guitarists Shaun Murphy and Jarred Sullivan recalls Rings of Saturn in the way that they complement the melody in the song.

“Fractal Patterns” opens with energetic guitar riffs.  The drums and guitars are solid on this track, and percussionist Sam Hang gives an outstanding performance.  “Fractal Patterns” is by far one of the most progressive efforts on Sessions.  It has a driving force that is delicately accentuated by melody.  Listening to this track, the Norwegian metal band Extol comes to mind, and if you listen closely, you can hear an Opeth influence as well.

Vocalist Stephen Thompson offers his vocal chords as a tribute to the metal gods on “The Grave Mistake,” growling and screaming in multiple octaves.  The guitars are howling banshees of unlimited destruction that sonically violate the listener.  But then an intense melodic interlude overtakes the furious pacing of “The Grave Mistake,” providing momentary relief from the vitriolic onslaught.  “Built of Glass” has an ominous introduction that segues into electronic elements.  It’s a different direction for The Summoned, but it fits well within the music and theme of the album.  The turning point represents an epiphany that is finally grasped by the patient—an elucidation of highest import.  The thumping of the bass guitar vis-à-vis the nuanced syncopation of the guitars recalls early Megadeth.  The song also boasts a different take on vocals, as there is gravelly singing alongside the growling.

“Vertiginous” fades in to a cacophony of guitars, drums, and shrieks that are more at home under the umbrella of black metal.  However, technical guitar riffs bring the listener back to the core sound that has been presented on Sessions.  The song continues at breakneck speed, featuring shredding guitar riffs that worm their way through the song like hissing black mambas.

There’s nothing grandiose about “Primogenial Birth,” but it does offer a few spacey passages that are accented by the bass guitar.  “Recollection” borrows a strong jazz influence in its syncopated structure and is a standout track on Sessions.  The bass guitar dueling against the calculated riffs of the lead guitar is a coup de grâce that leaves the listener breathless.  The guitar solo that finishes off the track is nothing short of brilliant.  If The Summoned keeps going in this direction, it’s possible that they could become a household name in metal.

Every good thing must come to an end – and “Satori” does so in a way that guarantees that the listener will come back for more.  It begins with haunting melodies – here the Opeth influence is realized once again – that transition into a driving musical strain that has both force and purpose.  The building crescendo of guitar riffs about 5 minutes into the song is a hint at the beauty that the mental patient has finally realized – that out of fury, chaos, and misunderstanding, they have developed patience, order, and cognizance.

Sessions is The Summoned’s most defining work to date, and it shows a band that is at the top of its game.   Fans of technical death metal and progressive metal will find elements to enjoy on the album.  Six years is a long time to wait for any album, but those who did will be rewarded by the metal monolith that is Sessions.  With any luck, fans won’t have to wait 6 more years for the next album.