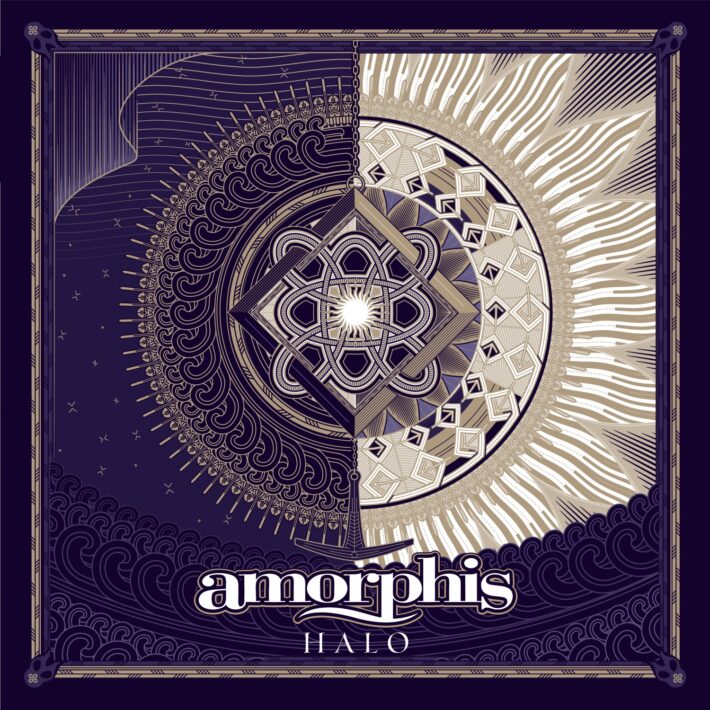 Since the early 90’s, Finland has been a powerhouse for metal. Any discussion of important Finnish bands would be incomplete without Children of Bodom or Nightwish, each having pioneered their own often-imitated sound. Modern bands like Insomnium, Ensiferum, and Swallow the Sun carry the torch as stalwarts of great Suomi metal. But if you ask me, no other band compares to the prolific Amorphis.

A little history lesson. Formed in 1990 in Helsinki, Amorphis began releasing demos in 1991 and unleashed their groovy death metal debut The Karelian Isthmus in 1992. Then in 1994, their classic sophomore output Tales from the Thousand Lakes would send ripples throughout metal. Amorphis fused prog, doom, folk, and their groovy death metal together on Tales to create a truly magnificent work. Subsequent releases followed in a similar vein, but with the use of brighter melodies and more progressive songwriting. The addition of vocalist Tomi Joutsen for 2006’s Eclipse finalized their transformation, as their focus shifted towards more grandiose compositions and melodies.

Amorphis are one of the few foundational 90’s bands to have undergone a significant style change without sacrificing a high standard of quality. Their past two records, Under the Red Cloud in 2015 and Queen of Time in 2018, were each fantastic releases on par with their classic material. The importance of this band cannot be understated, so reviewing their newest record Halo is a lofty task – especially as a fan of the band myself. Can these Finnish veterans continue their streak of quality on their fourteenth full length?

Halo gives a strong first impression: galloping drums, a fantastic guitar lead, and growls off the top. Amorphis are at their best when their melodies serve as a hook, binding sections together into a cohesive and memorable song. Nearly every track on Halo begins with a strong melody, and they are often used to anchor a future chorus. “On The Dark Waters” and “Seven Roads Come Together” feature awesome riffs transformed into great melodies with a grandiosity similar to their previous works. “A New Land” stands out as a more familiar melodeath track, its up-tempo grooves complimented by Tomi Joutsen’s dynamic vocals. “When the Gods Came” introduces a driving lead with a compelling chorus, and to my satisfaction the riff recurs later in the song. The uplifting tone of the single “The Moon” and the title track “Halo” admittedly took time to grow on me, though the performances and atmosphere are great. The lighter sections on those tracks strike contrast with the heavy guitar work on the following songs, and it all flows with ease.

At first, I was conflicted about Halo. I feared they were discarding their promising hooks too easily, I wasn’t instantly convinced by many of the choruses, and I felt like some songs lacked direction and punch. On repeated listens however, I realized how misguided I was. I went into Halo wanting and expecting a follow-up in the same vein as Queen of Time, and while elements of that record are certainly present here, Amorphis had no intention of making Queen Part Two.

Tomi Joutsen said, “Halo sounds a little more stripped down compared to Queen of Time and Under the Red Cloud,” and that’s a very apt observation. Fused with the grandiosity and heaviness of their two prior releases, Halo sounds like a recollection on mid-era Amorphis, namely the progressive metal of 2009’s Skyforger. While fans who particularly enjoy their Skyforger style will celebrate this incorporation, fans who loved Queen of Time may need to warm up to Halo. Following this crucial revelation, I watched my criticisms wash away with successive listens. Amorphis have the impressive ability to write infectious songs that seem unassuming on the surface, but will slowly win you over until you can’t help singing along.

This review was a tough one. I listened to this album a lot – more than I typically have for a review. This experience was far from typical though, due in part to the scale of the band, but also because over the course of writing I’ve grown to love Halo for what it is. While there are some minor missteps, I can’t deny that the vast majority of what’s present here is quality. The parts I really enjoy serve as shining moments, while the few parts I like less are not so unbearable that they ruin the experience. In fact, many of the sections I criticized at first became highlights with time. I fully admit that my initial reaction was skewed by how much I love Under the Red Cloud and Queen of Time, so definitely give this record a few spins to settle in. On the whole though, this is unquestionably a really good album. I’ve come around to the fact that Halo, while not Amorphis’ best release, is certainly some great music that you don’t want to miss.