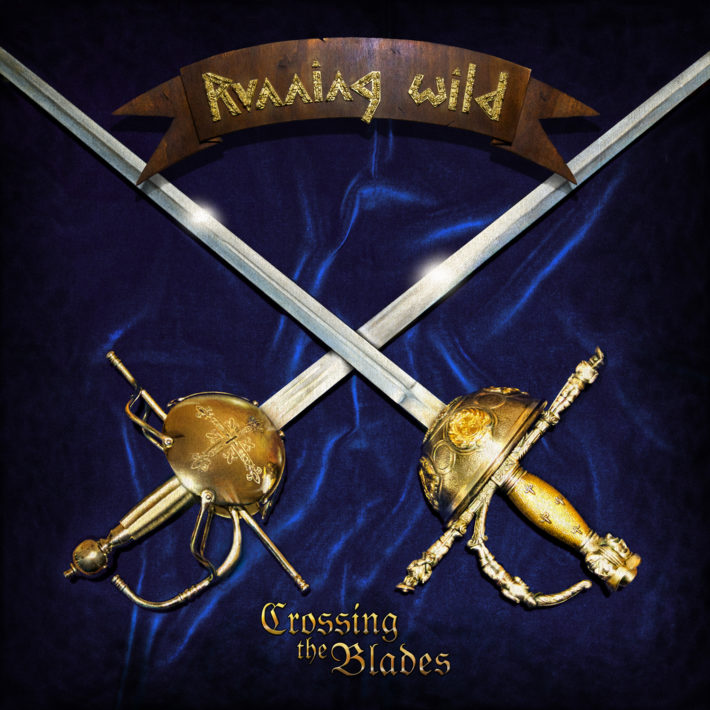 This EP presents itself as taste of what’s to come next: Rock’n’Rolf Kasparek has already stated that he wishes to release Running Wild’s next album in the summer of 2020, so Crossing The Blades both rewards our patience, and creates more anticipation. At least, that’s the intention. Does it succeed? Yes, I’d say.

A small release, but tightly packed with interesting and engaging songs; in my opinion, three out of four are full-length material, and while perhaps it’s a shame that only the title track, although with some changes, will be making its return on the upcoming album, it’s hard not to become intrigued with what the future holds, when you listen to this nice little EP.
Of course, Running Wild is a name that has quite the history behind it, so while this release isn’t strictly necessary to catch our attention, it does a great job in revving up our expectations and communicating us that Kasparek’s crew is still there, alive and well and ready to rock; it looks like after the release of Rapid Foray (2016), a great album if you ask me, those three years have been productive.

The title track, “Crossing The Blades”, is our opening song, and it’s possibly the best one off the whole album; the guitar-and-bass riff makes it recognizable, and personally, I loved the bridge. It’s a catchy track, and the chorus makes its way into the listener’s head, not to leave for a few days. The lyrics, based on the Musketeers motto “all for one and one for all”, are classic Running Wild, and they fit perfectly the song’s galloping style.

“Stargazed”, the second track, is also a strong song with a typical heavy metal sound and pace; I don’t think it’s a coincidence this was the song unveiled at Wacken 2018, as the potential for a great live song is clearly visible here, and it blends well among other Running Wild classics.

And then we have a cover. A cover of the 1974 Kiss classic “Strutter”. It’s not something we would have expected from Running Wild; Rolf explained this odd choice, saying when he saw Kiss in Hanover during their farewell tour, he noticed they don’t play this song live, and this band had a great deal of influence on him, with “Strutter” as one of his favourite songs, leading him to put up his very first band in 1975.

But, I said it. It’s an odd choice. I get the emotional value, because we all remember that one band that inspired us as kids, with that one song we bonded with, but it doesn’t make this cover less… useless. Covering a classic is already a difficult task; to make it at least worth mentioning, the key is to re-elaborate the song a bit, make it yours.
Well, this cover does nothing of the sort; sure, it cranks up the distortion, and it makes the song more heavy metal-ish, but there’s that. Not bad to hear when you’re listening to this album, but then what? If I really want to listen to this song, I wouldn’t go for this cover.

Still, no need to fear: the EP regains strength with its last song, “Ride on the Wild Side”, which definitely sparks our attention up, with its rocking rhythm. It makes for a good ending track, so that it’s almost like we are back where we started: it goes in this direction noticing how this song was the second single, after the title track – although I must say, this EP peaks right at the beginning, and this song shows it.

Crossing The Blades is not an unmissable release. But that’s alright and Running Wild knows it, and after all, nothing gets lost: we have one song that will be featured on the band’s next release, another that was already known by the fans, one cover, and a good, solid, but unremarkable, song. Sure, if those are the ones that didn’t make the cut, then we are in for a great album.
In the meantime, while this EP is not fundamental, it is still worth to check out: the songs are good and they offer fifteen enjoyable minutes of classic heavy/power metal. It comes at the end of the year, without any albums-of-the-year-2019 aspirations, but harbinger of a bright future.