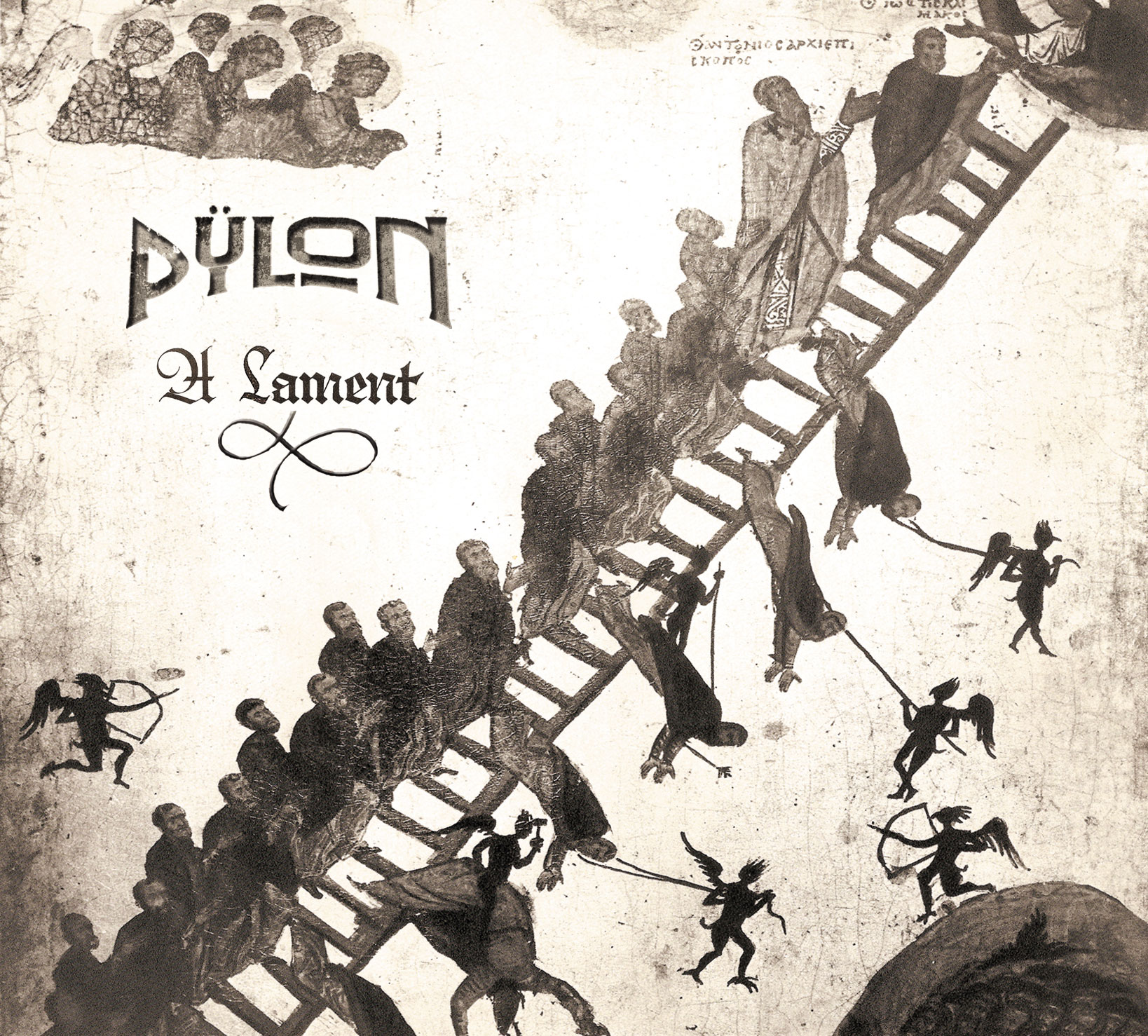 If there’s a best kept secret of the Swiss metal scene, it might just be the doom metal band Pÿlon.  They’ve been pumping out solid albums for years now, with A Lament measuring in as their seventh full length release.  Heavily influenced by the likes of Black Sabbath, Candlemass, and Trouble, Pÿlon nonetheless brings their own cathartic brand of doom metal to the scene.  Crunchy, driving riffs compliment Matt Brand’s soaring, Ozzy-influenced vocals.

A Lament begins with the track “Cosmik Lizard,” a psychedelic, Sabbath-influenced tune.  The experimentation on this song works well as it creates an epic atmosphere tinged with sorrow and anticipation.  Pÿlon is back on track with their second song “Desolation is Divine,” which is filled with chanting and stalwart doom riffs.  “The Day After the War” begins with an intro riff that is no doubt influenced by guest musician Ian Arkley of doom metal outfit My Silent Wake, then transitions into a tingling lament of a soldier facing the lingering atrocities of war.  The atmospheric lead guitar and time changes, coupled with the heavy subject matter, make this one of the most poignant songs on the album.

Pÿlon does an excellent job of keeping the middle of A Lament interesting.  The two tracks that stand out are “Lazarus” and “Fair Haven of Thesterness.”  When most people think of doom metal, they think of long, epic tracks breaking the ten minute mark.  “Lazarus,” clocking in at 9:35, is just a few seconds short of that mark and is without doubt the opus of the album.  It follows the story of a wealthy man who dies and faces the fiery pits of hell.  He is denied even a drop of water; he begs but is not given the opportunity to warn his family of the impending torment.  The lead guitar on this song gracefully garnishes the swelling riffs of the rhythm guitar, culminating in a soft, atmospheric ending.  “Fair Haven of Thesterness” starts with some thumping bass notes that compliment the haunting nautical imagery in the song.  About two-thirds of the way into the track, the tempo kicks up a notch with a pace more akin to thrash metal.  Then the shrieking guitar and slamming drums back off, and the track ends much where it began.

The ending is perhaps the weakest part of A Lament.  While “The Lone Rider,” a tribute song to Clint Eastwood, goes off without a hitch, “A Lament” is a fairly insipid outro that leaves the listener wondering what happened.  Instrumentals are fine — but they have to do something.  This track doesn’t serve as a bridge between tracks, can’t really justify standing on its own as a unique artistic composition, and is generally unremarkable.  “Lazarus” as the closing track would have made a much more lasting statement.

A Lament is a solid offering of doom metal inspired by many of the greats in the subgenre.   In the future, it would be interesting to see Pÿlon branch out more in the direction of “Cosmik Lizard,” a unique track that really helps set the album apart.  If you like any of the bands mentioned in this review, or need some comfort music on a dreary, wet day, then Pÿlon’s A Lament is a solid option.

Tracklist:
1. Cosmik Lizard
2. Desolation is Divine
3. The Day After the War
4. Pantodynamos
5. Lazarus
6. Fair Haven of Thesterness
7. The Lone Rider
8. A Lament