As the year comes to an end, we look back at an awesome twelve months full of great music. And as usual, we pick our favorite albums. Here are the top 5 metal albums of each Metal Utopia member! 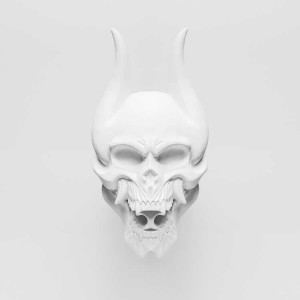 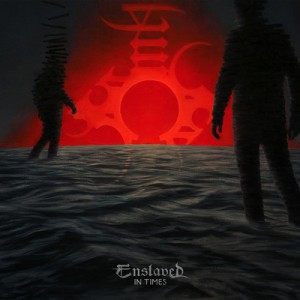 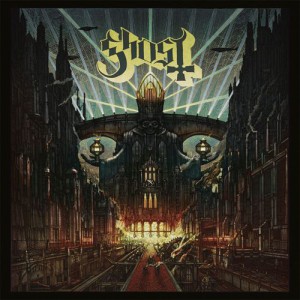 I have to be honest, the first two Ghost albums really didn’t grab my attention like it did the rest of the Metal world. This album grabbed my attention big time. It’s an instant classic and will be talked about years from now because of its brilliance. 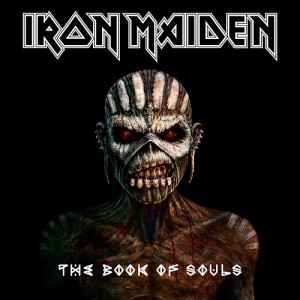 Iron Maiden is a band that needs no introduction. Even with the album release delayed as Bruce Dickinson battled cancer, they delivered an epic, two disc album that ended with a masterpiece of a song, “Empire of the Clouds”.

#2: Kataklysm – Of Ghosts And Gods 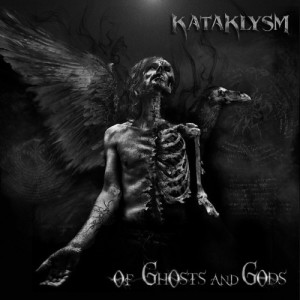 Kataklysm once again brings their “Northern Hyperblast Metal” to the world and its beautiful, musically and lyrically, delivering another masterpiece. They also made a video for every song on this album, which is a first for them. 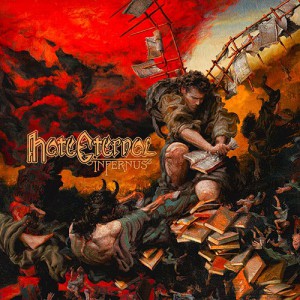 Erik Rutan and company bring brutal Death Metal with no compromises. This album is so brutal, it makes your average Death Metal album sound like Christian Gospel. It’s that brutal from beginning to end.

#5: Blind Guardian – Beyond the Red Mirror 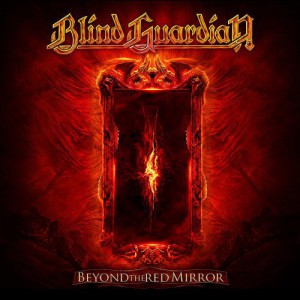 Who can’t go wrong with BG? Same old, same old, but I want them to be them. Great album to open my year. 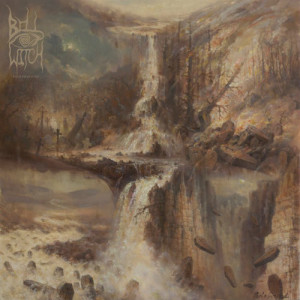 I was looking for a killer soundtrack with my horror season and my friend recommended me this one. How hellish can the bass and drums be?

This is more of a nostalgia thing for me. As a sucker for working formulas, Maiden still spins me like a little boy.

#2: Galneryus – Under The Force of Courage 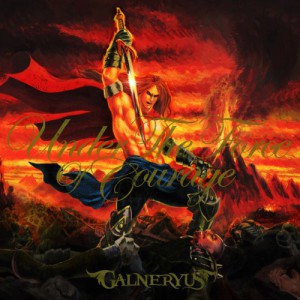 Before the year ended, I still had to experience Syu’s dynamic guitar frenzy. I have to raise my sword for this one. 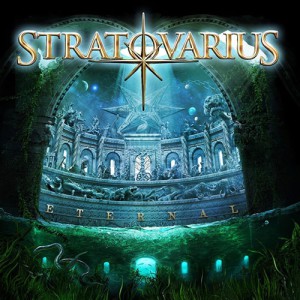 As the album that holds my 2015 song of the year (My Eternal Dream), I can’t just say “welcome back, folks”. I think this IS the definition of Stratovarius. 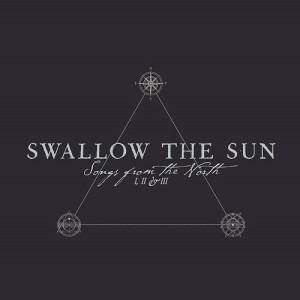 I had a few different albums that could have easily gotten this spot. Cattle Decapitation’s album has grown on me, Kylesa had a solid release and Leviathan made a great record as well but Swallow the Sun had to come away the spot. “Songs From the North” is just too dense and layered to be ignored. It covers so many aspects of music and I love the flow and unity of it. It truly is a masterpiece. 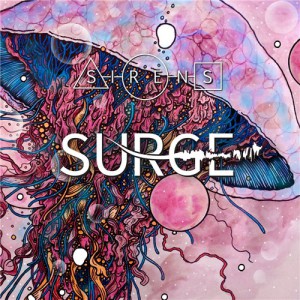 Although I’ve kind of cooled down on this album, I still appreciate it and see it as a good album. If I were to review it again today I don’t think I would give it a ten, but nothing I can do about that. For some reason I just don’t find myself returning to it as much and find the metal aspects of it to be a tad too repetitive to get a top three spot. It’s still a great blend of electronics, death and black metal and deserves a solid eight or nine rating. 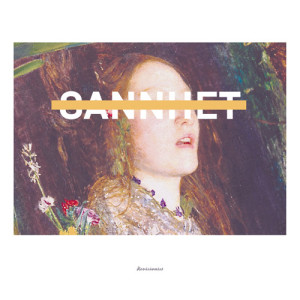 I saw these guys open for Jane’s Addiction this past May and was blown away by their performance. I love their reverb drenched guitar and heart pounding bass lines but the most impressive aspect of this band is the drumming. One of the best drummers I’ve ever seen live. Another great band from Flenser Records and highly recommend them to fans of experimental, instrumental metal. 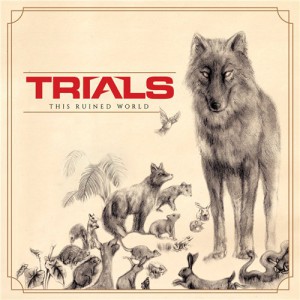 Although I had never heard of these guys before, I was really impressed with this album. It reminds me of a few classic metal bands bunched into one with a new twist. The songs are very memorable and I’m sure I’ll be following these guys in the future. Not to mention the fact that it was the first review for Metal Utopia so it has a special spot with me on multiple levels. 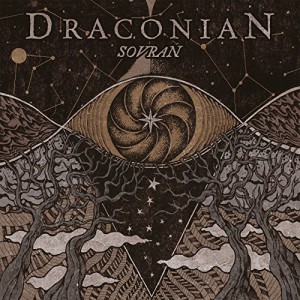 I’ve loved this album since I first heard it and continue to listen to it regularly. It’s one of those albums that just doesn’t lose its magic. From start to finish, it’s a very captivating and engaging project. My rating from the review stands: 10/10. 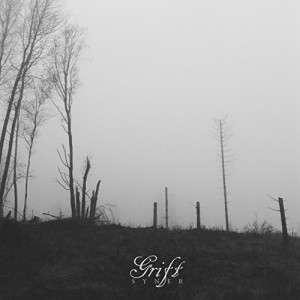 I wanted to include an album that many might overlook, but shouldn’t. This September Grift, or should I say Erik Gärdefors, released a fantastic atmospheric black metal debut album. This album grabs you by the throat. Not in an agressive or violent way of course, but emotionally. It’s somber, depressing, unsettling and leaves you behind empty by the end and craving for more.

By finishing his now highly critically acclaimed trilogy with Autumn Eternal, Lunn has proven to be a master of the genre and made himself an icon within the American black metal scene.

#3: Shining – IX – Everyone, Everything, Everywhere, Ends 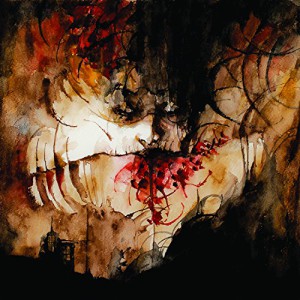 Shining have never released a bad album so far. And by now… I don’t think they ever will. The darkness in Shining’s music is real, it’s intense, and it once again makes for such an awe-inspiring album. 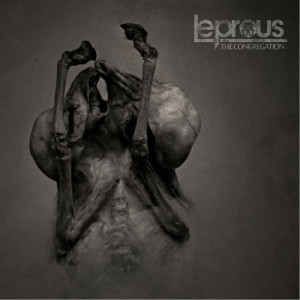 I’m not a big fan of progressive metal. Never have been. But this is just something else, something very unique. From the first time I heard this, I was instantly hooked and played this record non-stop for days. 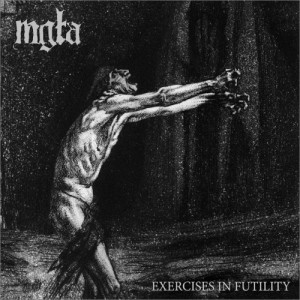 I’ve said it before and I’ll say it again: “With its excellent instrumentation, magnificent melodies, unique vocals, thoughtful lyrics and an outstanding production Exercises In Futility may just be the perfect black metal album”.

Enslaved has always been my fav 2nd wave bm band, but I didn’t think this cd was as good as RIITIIR and it is certainly no Vertebrae
#4: Disarmonia Mundi – Cold Inferno 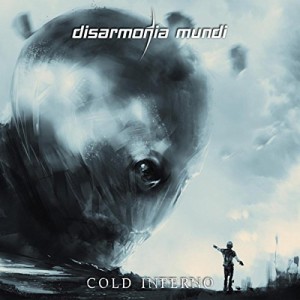 I had been looking forward to this album for a while, it was awesome. Not the level on Mind Tricks, but its a tough act to beat. 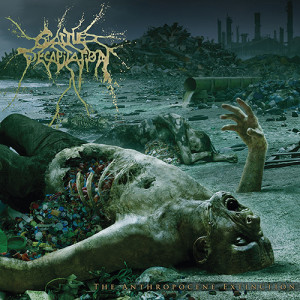 While I’m not a big fan of early Cattle Decap, everything after To Serve Man is gold. This album is no exception. 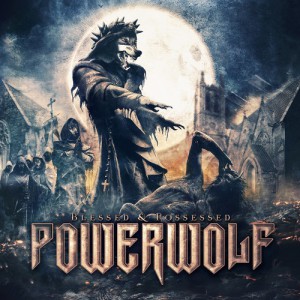 Powerwolf is on a roll, this album is just as good as their previous ones, if not better. 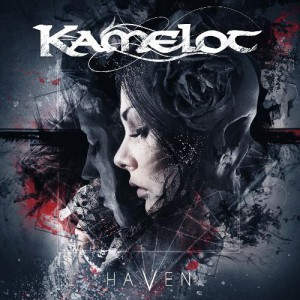 Haven was much better than Silverthorn, and it has cemented Youngblood as being Roy Khan’s equal; if not his outright superior. 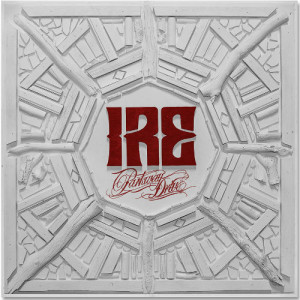 I’m not the biggest core fan, but with this effort they really were able to create their own recognizable style of anthemic, euphoric, powerful metalcore. Just feel good music that makes you wanna get shit done.

Cheesy as fuck, but in such an awesome, catchy way that you can’t get it out of your head. Top-notch Power Metal with a bit of an occult approach, making you wanna sing along to each of these well-crafted, epic masterpieces.

The expectations were high, but Ghost somehow managed to exceed them all by far. With their proggy, occult, doomy mix of rock and metal, they’ve managed to establish themselves as one of the big players in current metal music. Great arrangements, well-conceived riffs and beautiful lyrics: all in all a great piece of music.

Melancholic mourning guitars, an angel-like female voice and bone-crushing male growls, all wrapped up in a doomy jewel of sadness. The mix of the doom riffs and the gothic approach of the vocals, the interaction between the male and female parts seems completely out of this world. You just wanna close your eyes and consume each gloomy, sorrowful note and hope for it never to be over.

#1: Paradise Lost – The Plague Within 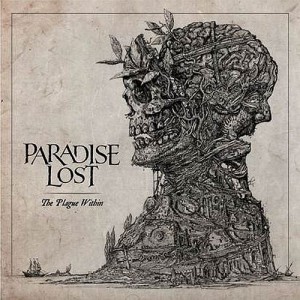 Going back to their roots, incorporating growls and death/doom elements while still maintaining their gothic approach. Once more demonstrating their versatility and guts to try something new. Full of atmosphere and depressing vocals. I like the fragile, hopeless impression the music makes. A very diverse, yet consistent piece of art.