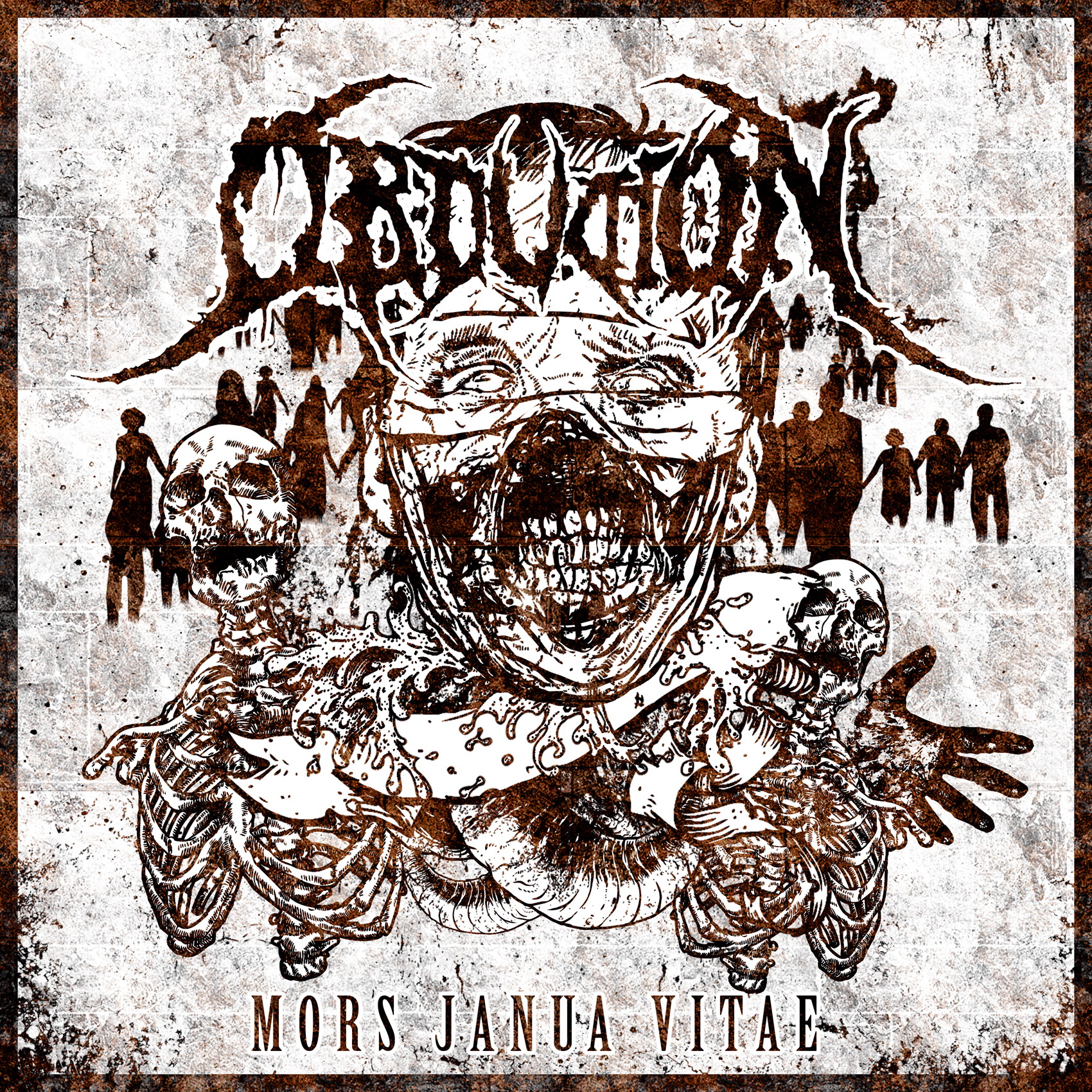 As I was checking my inbox this morning I saw this review submission from a band called Obduktion. I liked the name and the fact that they’re from Greece, so I decided to give it a listen and review it. Obduktion are a Death Metal band from Athens, founded in 1995. They split up in 2012 but reformed in 2013. Their main influences are Bolt Thrower, Obituary and Deicide. The band consists of George Bitzos (guitar), Takis V.O.T. (vocals), John Roussis (drums) and Kostas Ntin (bass). They play old school death metal but still manage to create a dark atmospheric vibe. This EP’s title is latin for “death is the gate to life”. You can definitely hear the old school death metal influences, but you can still tell that they’re from the same country as Septicflesh and Rotting Christ. I wouldn’t call it symphonic, but there’s this weird dark atmosphere, that I like quite a lot. The EP contains two songs, Lordship Of Superior and King Of Terrors. Both are extremely solid low pace death metal tracks, but nothing that I haven’t heard already. You can definitely tell the musicians’ talent, but they’re not able to show it with these two songs. The first song, Lordship Of Superior just sounds too generic to me. The second one is way better and I think they’re going in the right direction with this one. It has a couple of rhythm changes in it and I like the slower, calmer parts in  it. The only thing I could tell them is not to be afraid of experimenting a bit and including new and fresh ideas. Don’t get me wrong, it’s solid old school death metal. Many people seem to like that, me not being that of a big fan of it. I’d prefer a fresher, more experimental sound.

1. Lordship Of Superior
2. King Of Terrors

Upcoming Albums - March, 26th
Top albums of 2021
Milestones of the 2010s
Why do people get into metal and the 'metal community'? - Discussion Video #1