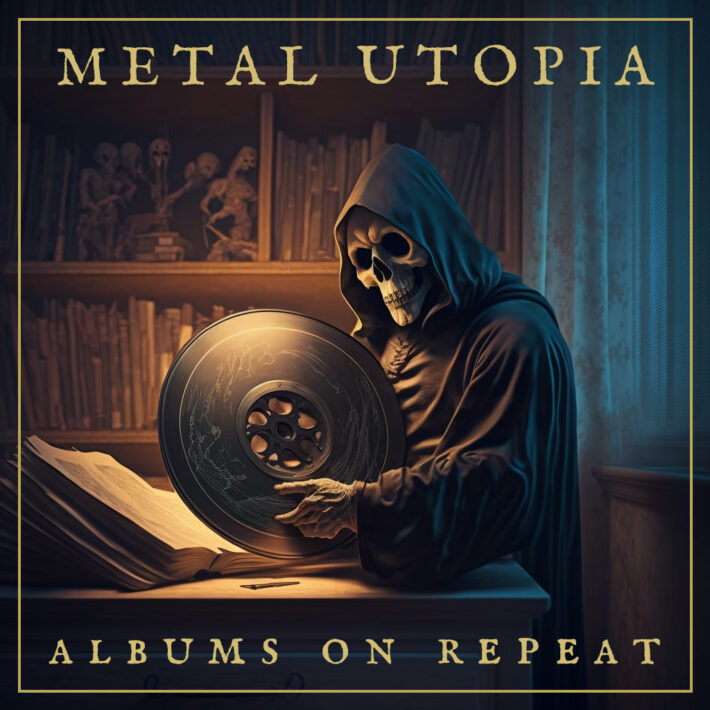 These are some of the albums that we’ve been listening to the past month!

Nathan has been listening to Brodequin’s Instruments Of Torture:

Brutal death metal that is simply a mess. Everything this band has made is melted down, heard through a tin can, or turned up to 11. Best listened to on the worst phone speakers you can find. Here’s hoping the new album will be more of the same.


Rutger has been listening to Ashenspire’s Hostile Architecture:

Ashenspire is an impressive avant-garde black metal band with a violin and a saxophone in their lineup. Hostile Architecture is a record full of dissonance, unease and for me, full of wow-moments. Highly recommended to check this out if you’re into jazzy, dissonant music.


Connor is listening to Cân Bardd’s Devoured By The Oak:

This album snuck past my radar or it would have been a top release of 2021. I listened to it while on a long hike through a dense forest–there’s not likely a better way to experience the record. It feels like it’s made specifically for the listener. The feelings and dynamics it evokes are unmatched, and the composition achieves the highest standards of beauty in the genre.


Spenser is listening to Spartan’s The Fall Of Olympus:

It was going back to listen to this album that I discovered Spartan had a new release recently. While that album is also fantastic, The Fall of Olympus is what hooked me and keeps me hooked. A perfect blend of thrash and death metal, I continually come back to these guys when I’m disappointed by Amon Amarth.


Rick has been listening to Allen-Lande’s The Great Divide:

This album features the archmage of power metal Timo Tolkki attempting to find the answer to a question of uttmost importance: how would a modern power metal album made by Ronnie James Dio sound like? In order to solve this problem, he enlisted vocalist Jorn Lande and Russell Allen. And wouldn’t you know, it sounds fucking awesome. Powerful (twin!) vocals, thunderous guitar riffs and harmonic solos are the building blocks of an album where modern power metal production meets classic tecniques, with splendid results.


Matthew has been listening to Gojira’s The Way Of All Flesh:

Nothing like soaking in some of the early material of modern metal juggernauts Gojira. There are some gnarly grooves and superb drumming skills on display here.

After loving their new record, I decided I wanted to do a deep dive into Sigh’s discography. In 2001’s Imaginary Sonicscape I found something I kept coming back to. This record is out of this world weird. They had a lot of psychadelic stuff going on earlier in their career, mixed in with various metal subgenres and electronics. Ventures far beyond just “avant-garde black metal”. Comparable to Thy Catafalque in that way. Definitely worth checking out for fans of the avantgarde stuff.