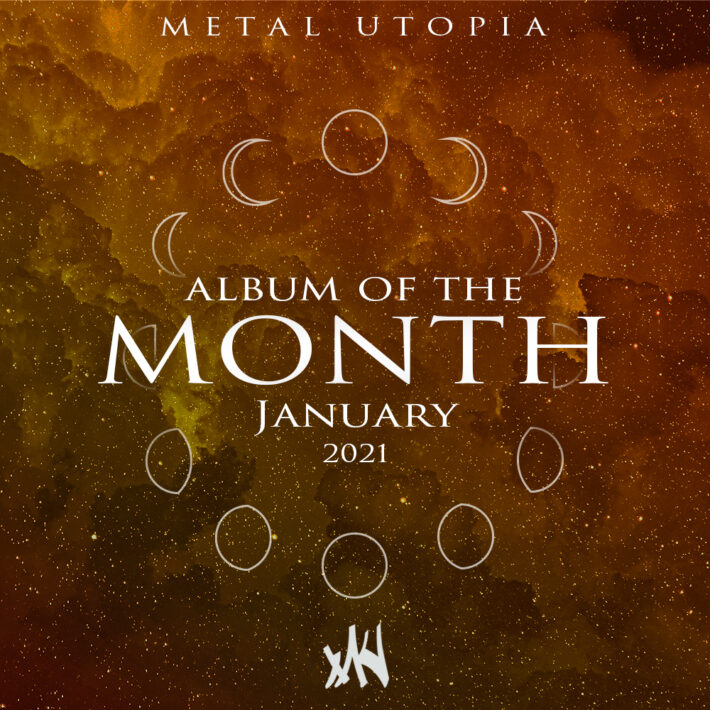 And here are our favorite albums of January:

In a not-surprising continuation of last year, there were some quality black and death metal albums that released in January. Grima topped Asphyx, Hulder, and Fractal Generator to make the best of the bunch with an atmosphere album that doesn’t lose sight of keeping the music interesting.

Russian atmospheric black metal duo released their fourth studio record. Their music is inspired by nature and they sing about the Lord of Nature who punishes anyone who doesn’t respect it. Compelling black metal, intriguing interludes, and ethereal synths create a beautiful record that’s been on my speakers almost daily since its release.

Another masterpiece from Alexander von Meilenwald. A brilliant blend of black and doom metal this time with a lot of gothic influence thrown in for good measure, taking you on a brooding trip through pagan wastelands.

Heavy traditional doom done right. Big guitar riffs with a tempo slow enough to age them to perfection. A powerful and stunning first record in the spirit of Pentagram and Saint Vitus. I cannot stop listening to this, and it gets better every time.

Death/doom band Dalit is one of those underground metal gems that more people need to hear. Moksha is their third full-length album and charms with its brooding atmosphere and melodic riffs.

Encircling the listener in a cold embrace of doom, death, and gothic metal, the first great album of 2021 is an eerie-yet-compelling invitation to simmer in one’s own gloom.

My only complaint is that it’s too short, clocking in at 42 minutes. Lotus was my AOTY, so expectations were high. Soen delivered. Sharp prog metal, sleek production, catchy hooks. I wouldn’t complain if at times it were slightly faster and heavier, but overall definitely another AOTY contender.

Building off the sound created on their previous two albums, Tribulation appear to have settled into a groove that has solidified them as one of the most consistent bands in modern metal. Where the Gloom Becomes Sound is an album that shows a band matured and it may be their most complete album to date. Tribulation have truly outdone themselves once again with this release.