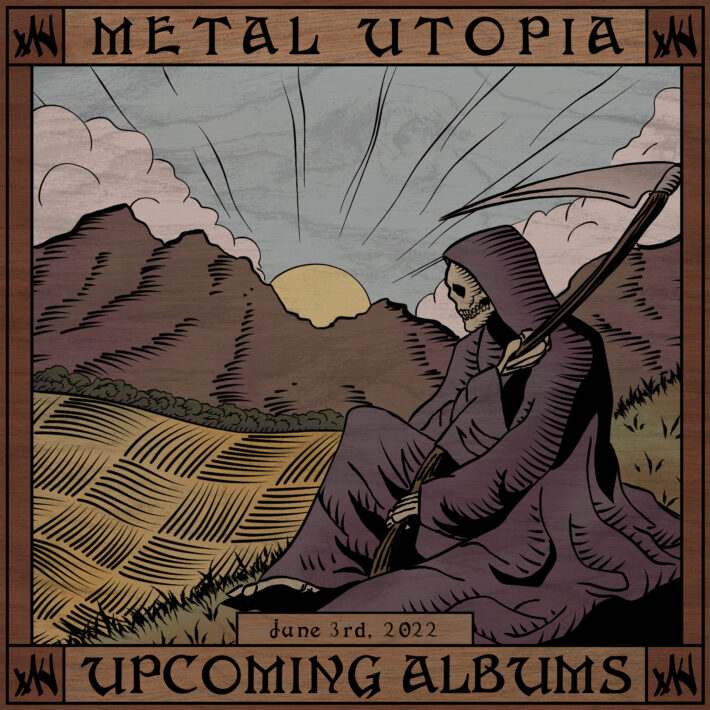 Jared is looking forward to Temple of Void’s Summoning the Slayer, Hagathorn’s Björndansen, and Horns & Hooves’ I Am the Skel Messiah:

Detroit’s Temple of Void are one of the premiere bands in the nasty vein of death doom. Their record “Lords of Death” is one of modern death doom’s masterpieces, and I’ve been following them ever since.


A folk band releasing an album of re-imagined traditional Nordic folk songs? And I didn’t know about it already? Shame on me. This is exactly my kind of thing.


Another doom band that is currently on a ten-year release schedule. But still, they knock it out of the park every time and I don’t doubt they will do it again.


I’ll be honest, Origin’s been struggling for a while to keep up the level of quality that graced their best records. I’ll still give them a chance considering how much joy they brought me in the past.


Now this is cutting-edge tech death. Their soundscapes are insane and oddly engrossing for something so dissonant and dense. While I do kind of miss the old vocalist, everything else is still top notch.