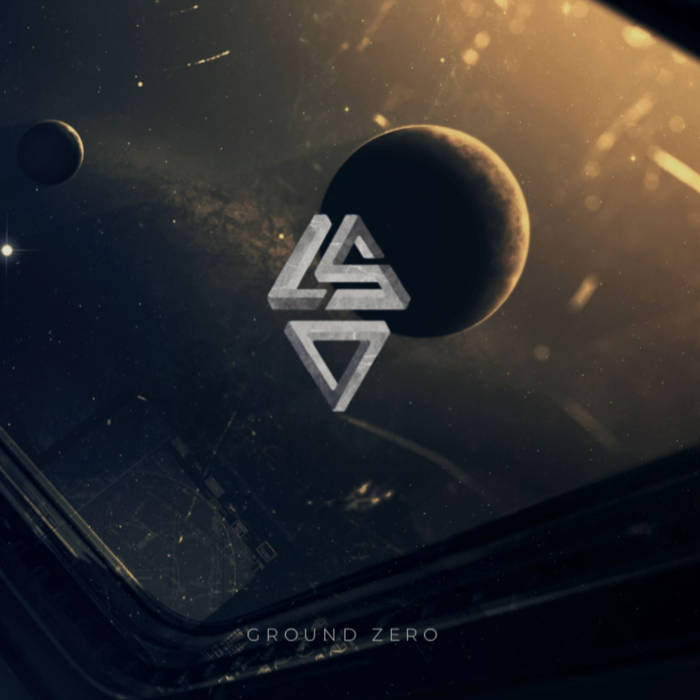 It is almost guaranteed that you have zero clue who Lone Survivors are.  My intent is to change that.  At the moment, there is very little buzz about this band; not much is known about them.  One thing that I can say that will easily entice you (if you’re in the loop regarding prog metal that is) is this French band features Matthieu Romarin from Uneven Structure as the vocalist.  Some could say this is Matthieu’s side project, but this is far from that; this is not just a side project as that much is evident in the quality of the music itself.  This masterminds behind this project appear to be Olivier Crescence and Samuel Smith,who have composed and written the story told in their debut record, GROUND ZERO.  If you have any degree of interest in progressive metalcore and djent, then this is going to be a record that you cannot afford to miss out on. I cannot forget to mention that if you also have any interest in astronomy and physics, then look no further as you have found your one true love.

Although Lone Survivors appear to have come out of absolutely nowhere with this record, they certainly sound like they have many records and years as a band under their belt.  I will get the comparisons to Uneven Structure out of the way now, as I am sure Lone Survivors will endlessly be compared to them given these two bands share the same vocalist.  Uneven Structure is well known for being an atmospheric progressive metal band and Lone Survivors differs in the way that they are much heavier and much more percussive and technical in terms of instrumentation.  I honestly prefer this new LS record much, much more than Paragon, Uneven Structure’s newest offering (I really enjoyed that record too by the way). Lone Survivors is essentially the darker prog metalcore counterpart of Uneven Structure.  I will say that it is about time we had some memorable progressive metalcore this year given the surplus of underwhelming records from Fallujah and Born of Osiris for example.

The opening track on GROUND ZERO starts off very ominous-like and you aren’t exactly sure what to expect, well that is until you hear the bass cue the band in and all hell suddenly breaks loose.  Try not to bang your head to this song, I bet you can’t.  Right from the first track, Lone Survivors prove they have some serious chops and groove as well as exceptional songwriting skill and stellar production.  The first track alone gives you a good gist of how this album will sound with a perfect balance between the undeniably groovy and heavy passages defined by very interesting rhythmic patterns along with the ambient and atmospheric passages.  Thebass is easily the most memorable part of the opening track, Enigmatic Side Effects, as well as on the rest of the album to be honest.  The mix is absolutely pristine and allows for such a satisfying listening experience, especially with Olivier Crescence sounding so deviant behind the bass.  The bass guitar is not appreciated enough in general and Lone Surviviors show what it means to truly utilize the bass guitar by milking everything they can from it to the very last drop. This record would be nowhere near as satisfying and pleasant to listen to if the bass was lost in the mix.

Throughout this album, you will find countless, infectious rhythms as well as insanely melodic and soaring lead guitar lines as heard in the track In the Flesh.  There are many surprising points that made me drop my jaw in complete awe of the technicality and overall talent this group possesses.  I will admit that there is nothing holy about the track Paul the Saint.  The moment the kick drum pattern started up in that song, I was already in complete shock of how fast and complex it was but once the rest of the band came in, I realized that that song was incredibly unholy, as opposed to the contrary as the song title suggests.  The intro of this song is very similar to that of the mind-bending riff and polyrhythms found in Bleed by Meshuggah, except the pattern in this track appears to be only slightly faster than that of Bleed. At this point in the album, only three tracks in mind you, I already knew this album was going to be something special; spoiler alert, it is.

Again, there are many surprising passages and parts found on this album that always kept me on my toes whether it be the wicked and sassy solo found in the catchy track that is Lost in My Mind, the face melting blast beat that hits you out of nowhere in the intro of Six Feet Under, or the spacey fluttering keys and lucid atmosphere found on Quantum Slaves.  At face value, this may just seem like another atmospheric djent album, but this is much more than just that.  There are so many intricately woven layers and interesting components outside of the guitar/bass/drums combination that we’re all used to seeing at this point in time.  In most metalcore bands these days, the presence of the bass is not even noticeable often because those bassists play the exact same patterns as the guitarists do and are lost in the over-distortion.  I truly admire bands that bring the bass to the forefront and make it a pivotal part of the music itself; Lone Survivors is one of those few bands.  As mentioned earlier, the mix is perfectly balanced in which you can hear every single detail with no component being overwhelmed by another.  The soaring leads and melodies from the guitar have this perfect duality with the rhythmic and powerful bass allowing each instrumentalist to contribute something unique to each track.  I will say that the vocals at times don’t tend to flow necessarily smoothly (as in the chorus in Lost in my Mind) nor is the grammar quite perfect to my liking but perhaps I am asking too much from a band in which English isn’t their native tongue.  With that small nitpick set aside, the rest of the music itself speaks for itself and easily outweighs my desire for perfect English grammar.  What is important is that the message that the lyrics are trying to convey still gets across to the listener despite the small misstep in grammar here and there,

GROUND ZERO gave off a very obvious sci-fi feel when listening to the record.  The mathematical riffs and the ambiance just screamed sci-fi to me.  After giving the lyrics several reads through, it made much more sense being a concept album fueled by a passion for physics and astronomy to be specific.  There are not too many records that are revolving around science that come to mind aside from Allegaeon’s Proponent for Sentience for example. As a scientist by day, I wholeheartedly support the scientific nature that the lyrics convey.  GROUND ZERO tells the story of humanity and of how quantum physics will allow humanity to interact and communicate with the ‘original form’ of intelligence that envelops our universe, ultimately leading to the self-destruction of humanity as a whole.  Although the concepts are deeply rooted in its scientific nature, this record is also deeply personal as well.  With mankind’s desire to explore and discover all there is to know about the universe we inhabit, we eventually will face our own demise.  The depth to the lyrics reminds me very much of Language-era The Contortionist, with all the scientific/philosophical metaphors actually being about coping with the death of Michael Lessard’s (The Contortionist’s vocalist) best friend.  It may just seem like another nerdy and over-indulging sci-fi record at first glance, but it is so much more than that.  This is a profound record in more ways than one, musically and conceptually.

Lone Survivors are putting many other veteran bands to shame with their debut album, GROUND ZERO.  Fallujah, Born of Osiris, After the Burial, Monuments?  Never heard of them.  I can only begin to imagine what Lone Survivors are going to do as I am already desperately eager for more.  GROUND ZERO felt like more than just music but more of an invitation to the world (or should I say space) created by the sumptuous soundscapes found in almost every instant throughout this record.  I would be lying if I said that this isn’t one of the most polished and stunning debut records that I’ve heard all year.  This record is ground zero for the band, and the only way they can go from here is up.