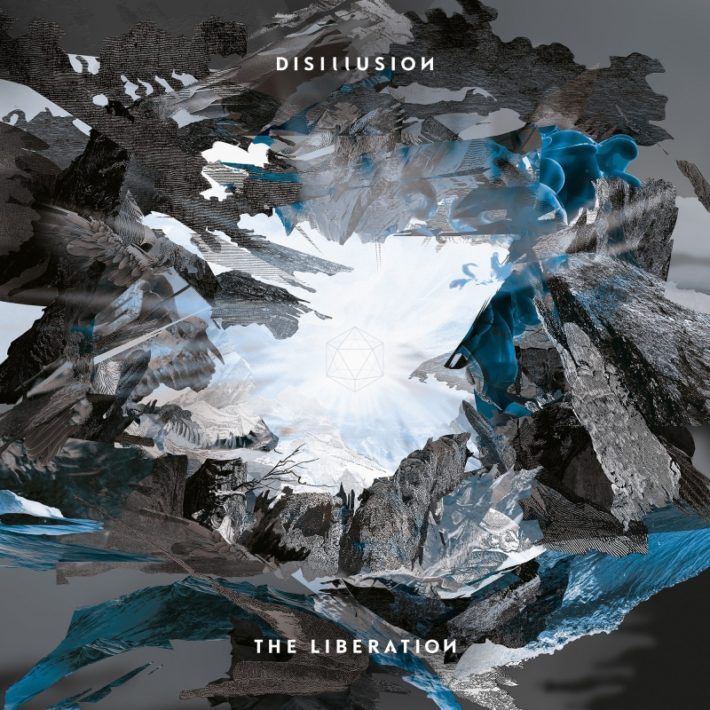 If you’re in the loop about the band Disillusion, then I bet that is not a band you thought to hear from ever again. Well, they’re most certainly back and stronger than ever. With the legendary Tool finally releasing their record after thirteen years of waiting, it is easy to forget that Disillusion fans have been waiting even longer since their beloved Back to Times of Splendor and their slight departure from that sound with Gloria. The Liberation is the natural continuance in their musical catalog and certainly nods back to previous records as well as showing an obvious progression and maturation in their music. I can confidently say that this album is easily worth the wait. Disillusion have proven that they are a modern prog-metal powerhouse with The Liberation.

From the moment the record opens up with the very brief introductory track, In Waking Hours, you’re made damn clear that the rest of this record is going to truly be a beautiful musical experience. The delicate acoustic guitar in combination with the ambience and the string accompaniment creates such a perfect and relaxing atmosphere for the listener before leading into the long epic track, Wintertide. The first full track is definitely one to be remembered too with how stellar it is. If you have yet to hear anything from Disillusion, then Wintertide is the song to show you what they are all about. The riffs are undeniably powerful and is the bands statement to prove that they are back and stronger than ever. The vocals are as powerful as can be, from the spoken vocals and the commanding screams in the verses and bridge to the infectious clean vocals during the chorus. Those cleans are certainly very catchy and bound to get stuck in your ear, but they aren’t even the catchiest thing of the chorus either as the little, bouncy guitar riff that comes in towards the end of the chorus is one of the most enjoyable parts of the track. Long story short, Wintertide takes you on a musical journey right at the beginning of this phenomenal record, and that is one of many journeys that you will embark on throughout this full playthrough. Wintertide is easily the strongest track on the record.

Disillusion remind me very much of Opeth with the ferocity and the complex yet straight-forward song structures, especially in tracks like Wintertide and The Great Illusion for example. Disillusion have that perfect ebb and flow between the faster, heavier passages and the softer and much more melodic and beautiful breaks. Although slightly too long, A Shimmer in the Darkest Sea pay homage to the sound heard on Gloria as this track is toned down a bit from the preceding tracks, utilizing tribal sounding drums, the Aerials-esque (SOAD) guitar rhythm, and the softest of vocals to lead you through the track. The end of this track reminds me quite a bit of Wintersun once the guitar lead comes in and harmonizes with the vocal melody, as Jari Mӓenpӓӓ would love to do. The title track is one of the other long epic songs found on the album; another track that is too long for its own good. This song is easily the weakest of the lot, as this track tends to drag on much longer, over repeating the same choruses and verses. It just didn’t really feel like it was going anywhere until the guitar solo and the acoustic break came in, which certainly was a nice change of pace. Once Time to Let Go hits, the sweet and sassy lead guitar does all the talking on this little number. The sung vocals on this song are exceptionally powerful and they just make you feel like you’re driving with a nice breeze flowing in your face; it is incredibly peaceful and eases your nerves as it leads into the goliath that is The Mountain.

The atmosphere in the closing track, The Mountain, is absolutely enthralling. Opening with luscious piano and strings, you’re slowly guided into this behemoth of a closing track. Fading in and out of the clouds of atmosphere and the musical depth is how I imagine falling in and out of consciousness to be like. I was reminded very much of the magnificent title track off Illyria’s The Carpathian Summit with how unexpected that soulful trumpet is; that soulful brass never fails to put a big fat grin on my face. The chorus is incredibly powerful with the echoed vocals that just reverberate in your ears. On my first blind listen, I was completely lost in beauty of this track and I truly didn’t know at when the song was ever going to end. As the song appeared to reach its end, it came back and kept powering on into something even greater than previously occurred. It just kept getting better and better and I was on the edge of my seat for the entire duration. The song would appear to fade into nothingness, leaving only the sounds of a soft wind and the soft thumping bass and suddenly you hear some brass bringing you back to reality. The outro guitar solo was beyond passionate and breathtaking. It was a perfect way to end this magical album, especially after such a long wait in which the fans were completely unsure if the band would ever return or not. Well, it is certainly safe to say that they are back for good.

I find it incredibly difficult to not feel moved listening to The Liberation as a whole, especially with The Mountain being that final, devastating punch to send me into an unconscious state of musical bliss and euphoria. The opening tracks of the record make you feel as triumphant and confident as you can possibly feel, while the closing tracks are much more somber and melancholic and slowly bring you down from your high. The record starts off and finishes very strongly while the middle few tracks cause the record as a whole to temporarily lose a little bit of steam as those two tracks weren’t as memorable and felt like they were much longer than they need to be. At least the closing tracks brought back the momentum that the opening tracks carried. Now that the members of Disillusion are back and making their music a full-time gig, I can only imagine how much more music we will hear from them in the future and all I can say is that we are not ready for this. If The Liberation is a sign of what is to come, then count me in.