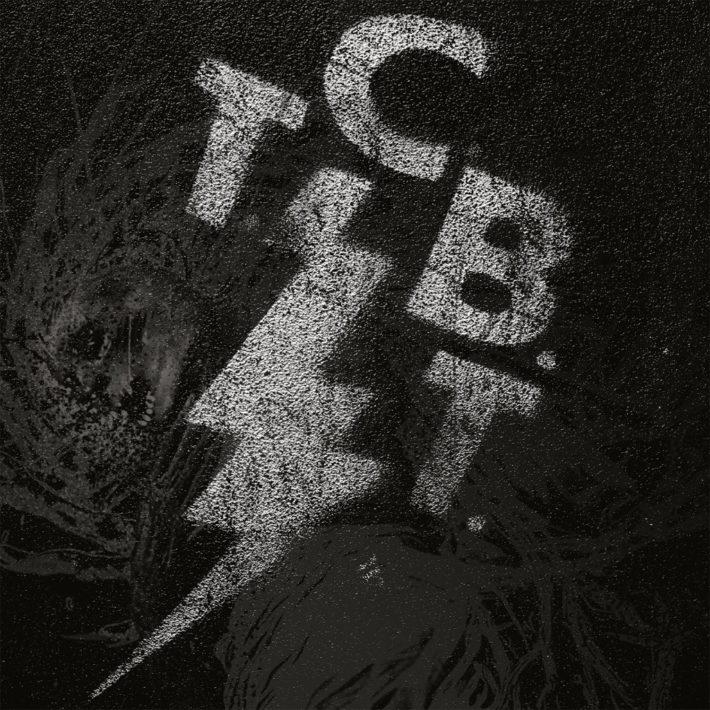 For years, anti-establishment has been a core value that drove the aggressive energy found in punk rock. Anger originating from the injustice present in the government fueled the angst found in bands such as Greenday, with their albums American Idiot and 21’st Century Breakdown being social commentaries on the hypocrisy of the Western statues-quo. We place ourselves on a pedestal thanks to our enlightened views and social progressiveness, yet bigotry and childish grievances are still ever present despite the best efforts of the force that supposedly works to improve our lives, that being the government.  Black Tusk’s newest album “TCBT” strives to deliver that same outrage to its audiences with a new lineup.  TCBT shows signs of an older band sticking to a formula that has worked, but also experimenting briefly with new ideas that have the potential to bring the band to new heights.

One could ascribe genres such as punk rock, thrash metal, stoner metal, and sludge metal to Black Tusk.  All of these genres contribute to the description Black Tusk attributes to their own sound, that being swamp metal. Swamp metal has the connotation that their sound is dirty and raw thanks to unrestrained anger and outrage, yet there is some ugly beauty to be found if one listens closely.  From their first release to the present, Black Tusk has continuously refined their sound to fit this persona.

The first track, ‘A Perfect View of Absolutely Nothing’, begins with a rhythmic chant from disembodied voices that preach the concept of enlightenment. The voices describe of one opening their third eye, making the injustices driven by materialistic need become more apparent and are therefore superfluous. One can hear a sarod, an Indian instrument, play in the background of this chant that brings the vibe of Eastern. Without any pleasantries, Black Tusk rears their ugly head and lets loose the rage with their second song ‘Closed Eye’. The production of this song and the rest of the album is perfect for the atmosphere it desires to produce; thick, fuzzy, and loud, all while maintaining near perfect clarity.  Each guitar note can be heard coupled with a menacing bass. The bass drum thumps in your head, the snare drum pops with each hit, and the cymbals ring with each strike. Black Tusk pushes the classic punk vibe of rebelling against the oppressive state that seeks to prevent enlightenment of its people in fear of rebellion. We can observe Black Tusk sticking to a formulaic songwriting scheme that echoes what is depicted on the cover of TCBT.  The cover is black and white, with the album title and a lighting bolt crudely spray painted with a stencil on a black surface. It seems as if Black Tusk has no intention of making music that reinvents the wheel; TCBT is raw, uncompromised fury that serves to energize and anger the listener.

The highlight of this album lies between ‘Lab Rat’ and ‘Rest With the Dead’, as Black Tusk gives the instruments space to lay out their crushingly-heavy riffs. TCBT is strongest when the riffs are given space to build and flatten the listener.  Following ‘Agali’, the riffs and breakdowns in each song are different, but the structure for these songs is unbearably identical.  Black Tusk has been around for a while, meaning they know which strategies for song construction to use in order to make the song catchy and memorable. Unfortunately, this formulaic song writing stifles the creativity of musicians. It seems apparent that the sound of Black Tusk changed after their older bassist Jonathan Athon’s death. Black Tusk demonstrated with TCBT that it can stick to its formulaic composition successfully by giving the instruments room to breathe and to lay down the groove leading up to a breakdown, but this process could use some variety as found in Taste the Sin.

Black Tusk knows what is required for successful song writing. Their entire album stays in the safety of its confines. For a band that has punk, thrash, stoner, and sludge influences and operates safely within the implied adjectives of each genre, Black Tusk has done a passable job doing so with TCBT. Black Tusk continues to refine its sound with TCBT by experimenting briefly with space within the songs.  The space gives the listener more freedom to enjoy buildups and riffs that move up to the breakdown.  If Black Tusk can extend the concept of space within songs and allow more fluidity for each instrument, their next album will be a gargantuan step forward for the metal genre as a whole.